The Brazilian looks set to make way, just 12 months on from his arrival

A fresh insight into the future of Tottenham Hotspur star Emerson Royal has, on Thursday, been provided.

The latest addition to Antonio Conte’s ranks was, of course, finally confirmed a little over 48 hours ago.

On the back of weeks of rampant speculation, Middlesbrough talent Djed Spence, fresh off a stellar campaign on loan with Nottingham Forest, opted to take his talents to north London, putting pen to paper on a five-year contract.

Spence’s arrival marks the 6th at the Tottenham Hotspur Stadium to this point in what has proven a productive summer on the part of Fabio Paratici and co, following all of Fraser Forster, Ivan Perisic, Yves Bissouma, Richarlison and Clement Lenglet to the English capital.

Well, it appears as though a knock-on effect is imminent.

As per The Athletic, Emerson Royal is now widely expected to seal a Tottenham departure this summer, having evidently failed to sufficiently prove his talents to the powers that be at the club.

This comes just a year on from the Brazilian international arriving in a big-money move from Barcelona.

A return to Spain could well be on the cards for Emerson, albeit with the previous front-runners for his signature, Atletico Madrid, having since opted to shift their attentions towards Nahuel Molina of Udinese.

Should sufficient proposals not be forthcoming, Spurs, it is understood, could even sanction a loan departure for the 23-year-old. 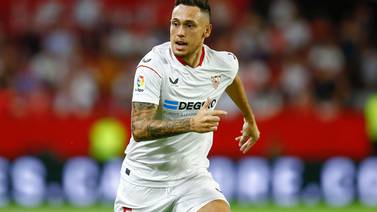