A typically drama-filled clash in the English capital this evening saw Tottenham Hotspur get the better of Mikel Arteta's Arsenal, to keep the club's top-4 hopes alive and well.

A disastrous first-half on the part of the visitors saw the matchup all but decided by the time the interval arrived, as a Harry Kane brace, either side of a needless red card on the part of Rob Holding, left Arsenal with a mountain to climb.

Harry Kane heads home to make it 2-0 to Spurs! pic.twitter.com/Rxp1YWgIcJ

Any lingering hope of an unlikely comeback was then extinguished less than 120 seconds into the 2nd-half, as yet more dire defending on the part of the Gunners was punished in typically ruthless fashion by the in-form Son Heung-min:

Antonio Conte's Tottenham, in turn, have closed the gap on 4th-placed Arsenal to just a solitary point in the Premier League table, with just two rounds of fixtures still to come.

Hugo Lloris - 5.5 - Dealt with what little he had to in confident fashion.

Davinson Sanchez - 6 - Panic spread upon Cristian Romero's name being omitted from Tottenham's starting XI tonight, but Sanchez, the man introduced in his place, hardly put a foot wrong all night.

Eric Dier - 6 - Untroubled, unfussed, much like Dier has looked throughout his time under the watch of Antonio Conte.

Ben Davies - 5.5 - Given plenty of early trouble by the lively Bukayo Saka, but saw out the evening comfortably as Spurs took control of proceedings.

Emerson Royal - 6 - A typically all-action performance from the oft-criticized Emerson, who, like opposite number Sessegnon, built on a fine showing at Anfield last time out to provide Antonio Conte with a reason to smile.

Ryan Sessegnon - 6 - Another solid outing from a player who has looked much-improved over the course of the last couple of weeks.

Rodrigo Bentancur - 6.5 - Only narrowly outshone by his midfield partner, the January arrival in north London was calm and composed in his passing, whilst providing some much-needed forward drive on occasion, too.

Pierre-Emile Hojbjerg - 7 - Superb on both sides of the ball at the heart of the hosts' midfield. A real leader's performance.

Dejan Kulusevski - 6 - Failed to get in on the goalscoring action like the other two members of Tottenham's frontline, but impressive nonetheless.

Son Heung-min - 7.5 - Just pipped to our top rating by partner in crime Kane, Son caused Arsenal problems from start to finish tonight, winning a penalty, pushing Holding into a red card, and even getting on the scoresheet himself.

Harry Kane - 8 -  What superlatives remain to describe Tottenham's leader and goalscoring extraordinaire? Kane stepped up when his side needed him most once again on Thursday, and could soon have Champions League football to show as a reward for his efforts.

Steven Bergwijn - Introduced late on, but the result had long been sewn up.

Lucas Moura - Introduced late on, but the result had long been sewn up.

Aaron Ramsdale - 4.5 - Could do little about any of the goals notched beyond him. Tidy in possession, at least.

Cedric Soares - 3.5 - Cedric's display tonight showcased once more why Arsenal are understood to be in the market for a new backup right-back in the summer. Struggled to deal with Son Heung-min, and gave away the penalty from which Kane opened the game's scoring.

Rob Holding - 1 - Anything more than a zero is perhaps generous here. An early red card, on the back of no less than four fouls on Son, condemned Arsenal to a night to forget.

Gabriel Magalhaes - 4 - Struggled to deal with the physicality of Kane, and missed more than one challenge he probably should have made. A rare off-night for the Brazilian.

Takehiro Tomiyasu - 5 - The best of Arsenal's backline, but, in truth, that's not saying a whole lot.

Mohamed Elneny - 5.5 - Quiet but, to his credit, largely tidy in possession. Far from the worst performer on the pitch.

Granit Xhaka - 5 - Struggled to make his mark in midfield throughout the first-half, before being shifted into an unfamiliar role at left-back. Not his usual big-game self.

Bukayo Saka - 6 - Even on the poorest of evenings for his side, Saka always does his utmost to stand up and be counted. Willing, but with little to show for his endeavours.

Martin Odegaard - 5.5 - Did his utmost to get the visitors flowing in an attacking sense, but had little hope on the back of Holding's dismissal. Could perhaps have done better in and around the penalty area, though.

Gabriel Martinelli - 6 - Alongside Saka, Arsenal's best performer on the night. Direct and dangerous throughout his hour or so on the pitch.

Eddie Nketiah - 5 - Looked as though he could have made an impact with the Gunners on top early on, but saw his influence fade as the clash wore on.

Emile Smith Rowe - 4.5 - Failed to make any real impact after being introduced. Booked for halting a Spurs breakaway late on.

Nuno Tavares - 5 - Could have had an assist owing to a fine late delivery for Odegaard. Defended reasonably.

Alexandre Lacazette - 4.5 - Struggled to get into things late on, but could hardly be blamed for as much.

This is a fucking shambles. Atrocious refereeing has played a part, but you absolutely cannot perform like this in a North London derby. Individual error after individual error. Spaces where there shouldn’t be spaces. Players not covering where they should be. It’s a shambles.

The atmosphere at the Tottenham Hotspur Stadium has completely destroyed Arsenal tonight.

Cedric and Holding in the same match. What do you expect? Anyways remember top 4 are still in our hands tbf. Let's win against Newcastle and then Everton.

Today we lost because of the referees.
Support the team for the last two games.
Top 4 is still ours.#TOTARS #COYG 🔴⚪ pic.twitter.com/h0Impa78XS

13 - Arsenal have had 13 players sent off in the Premier League since Mikel Arteta's first game in charge, which is five more than any other side during this time frame:

Revealed: When Man United’s Harry Maguire is expected to return from injury 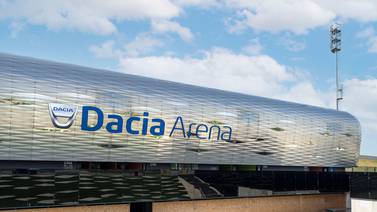 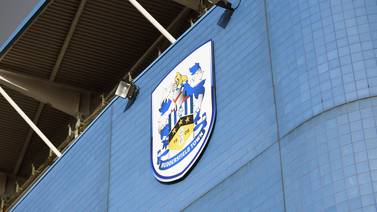