Liverpool boss Jurgen Klopp was in understandably foul mood this evening, after being drawn on his side’s defeat to West Ham United.

Klopp led his side back into action a short time ago, making the trip to the London Stadium for a Premier League showdown with David Moyes’ Hammers.

Liverpool headed into proceedings aiming to keep alive a fine campaign to date, having remained unbeaten across all competitions, and secured their spot in the Champions League’s knockout rounds courtesy of a 2-0 downing of Atletico Madrid during the week.

When all was said and done on Sunday evening, however, the visitors were brought crashing back down to earth by a thoroughly impressive West Ham outfit.

Despite finding the net twice, courtesy of Trent Alexander-Arnold (in spectacular fashion) and substitute Divock Origi, Liverpool ultimately came up short on the wrong side of a 3-2 final scoreline.

Trent Alexander-Arnold scores a brilliant free-kick to equalise for Liverpool against West Ham!

An own goal on the part of the less-than-impressive Alisson was followed by further strikes from Pablo Fornals and Kurt Zouma, to guide West Ham clear of Liverpool into 3rd in the Premier League table.

In turn, as outlined above, it should come as little surprise to hear that Jurgen Klopp was in less than jubilant mood on the back of the full-time whistle sounding at the London Stadium this evening.

Speaking in his post-match interview, the Reds boss was drawn on a pair of key decisions early in the first-half, which ultimately went against his side.

First, regarding the call not to award Liverpool a free-kick for what he evidently deemed a foul on Alisson, culminating in the game’s opener, Klopp sniped:

‘Each football person in the world would say it’s a foul on Alisson because his arm is taken away from him. Yes – it is a foul.’

‘The referee is not in charge of it and is not brave enough to make a decision. VAR then says it’s not clear and obvious.’

After a lengthy VAR review, West Ham’s early goal has been allowed to stand! ✔️

It’s gone down as an Alisson own goal.

Then, when asked for his take on whether or not Aaron Cresswell should have been given his marching orders for a dangerous challenge on Jordan Henderson, the German explained:

‘It’s a clear red card for Cresswell. No discussion possible. A reckless challenge.’

‘I think another referee and another VAR are doing another decision.’

Was Aaron Cresswell lucky to stay on the pitch for this tackle on Jordan Henderson? 🤔 pic.twitter.com/Y6l58vpwN7

And there was even time for Klopp to aim something of an underhanded jibe at West Ham, over the style of play employed by Sunday’s hosts:

‘West Ham plays really good stuff this season but today it was a bit more like the old West Ham.’ 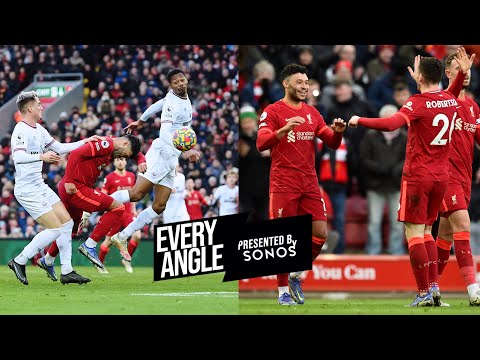 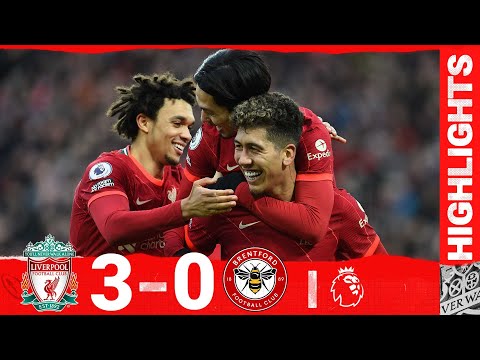