German World Cup hopes on the ropes? How Group E can play out on the final day

German World Cup hopes on the ropes? How Group E can play out on the final day

It has been a tournament to forget for Germany so far, with the side in danger of going out in the group stages for the second consecutive World Cup in the final round of group games.

A shock 2-1 defeat to Japan was followed by a battling 1-1 draw with Spain in what many consider the best tactical match up of the tournament so far, but it does leave Germany’s destiny out of their hands heading into the final game.

Luis Enrique’s Spain will confirm their place in the last 16 with a point against Japan, who themselves need three points to secure their passage.

A point or less will leave them at the mercy of both Germany and Costa Rica, who face off in the other game. Costa Rica can progress with a draw should Japan lose, but Germany need to win and hope that the other game is settled one way or another to ensure progression. They will be out with a draw against the CONCACAF side.

Should Germany beat Costa Rica and Japan beat Spain, Hansi Flick’s side will need a nine-goal swing in goal difference to head through ahead of the Spaniards. Given that Spain thrashed Costa Rica 7-0, it is not out of the question, though it seems unlikely.

With three points, Germany will head through ahead of the Japanese should the latter share the points with Spain by virtue of goal difference if Thomas Muller and co. beat Costa Rica by more than one goal.

There is one scenario in which head-to-head will come into the equation between Germany and Japan. A 1-0 win for Germany and a 0-0 draw would see the pair level on goal difference but Germany would squeeze through on goals scored. However, were Japan and Spain to draw 1-1 and Germany to win 1-0, both sides would have 4 points with 3 goals scored, leaving Germany out on the next tiebreaker, their head to head record with the Japanese.

Messi masterclass? What Argentina need to do to make the World Cup round of 16 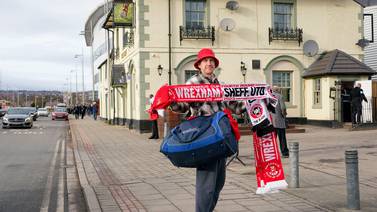