Theo Corbeanu is a rising star within the Wolves academy. Since arriving from Canada, the forward has established himself as one of the most highly-regarded talents at the club, and was rewarded with a new contract last month.

101 profiled Corbeanu as part of our analytical series on young talents. You can find out all the details, including history, expert insight and tactical analysis on the Canadian here.

Now, 101 has spoken with Theo about his time in Canada, the rise of the football scene in the country – headed by the likes of Alphonso Davies and Jonathan David – and how he envisions his future in the Premier League, with a possible senior debut on the horizon.

Hi Theo, thanks for agreeing to this chat. Tell us how growing up in Canada shaped your early impression of football.

“Growing up in Canada the goal was always to get to Toronto FC as they were the strongest team out there. But when I was younger I also went on a lot of trials abroad in Europe. I went to PSV Eindhoven, I went to Lierse SK in Belgium. Then I also went to Fulham when I was thirteen.

Those were great experiences for me and I also went to some tournaments abroad as well. I played for a team where my coach had good connections in Europe. That was always the goal for me to get here, that was the dream. But I always knew I wanted to get to Toronto FC in terms of what was best out there for me in my area.”

You’ve spoken previously about being at Toronto FC when the likes of Sebastian Giovinco and Jozy Altidore were playing for the club, marking a really successful period. Who did you look to specifically at the time, and do you associate the way you play with any of those players?

“I always looked up to Sebastian Giovinco. He was like a phenomenon in the MLS. I loved his style of play and I think everyone did. He was definitely very special to me because I had never seen anything like that come to the MLS and obviously being in Canada, being able to see that was unbelievable.

Being able to go to the games and just watch him, it was some very memorable times for me growing up. I really admired his technique and his ability to beat players one-vs-one. I feel like I took a few things from his game.”

You eventually travelled across the Atlantic to join Wolves, tell us how that move came about.

“Firstly, I just want to say that it was always a dream of mine to play in the Premier League. That was my ideal situation when I was younger, let’s say I want to speed forward and say where do I want to be when I am sixteen, it would have been at a Premier League club. In a Premier League setup, at an academy there.

So I was very fortunate to get my move. It was a bit of luck as well, I had just left Toronto FC and gambled on a situation where I didn’t know if I was going to succeed or not. The agent I was with at the time had connections with Leicester City and so he set me up a trial there and I did really well. My agent afterwards told me to try some new places to see how it is and then we can make a decision on it all at the end.

Then Wolves came along after, they had heard Leicester were keen on me and I went over there and had a two-week trial. I really liked the club as soon as I got there, I found myself very welcomed by everyone. The players were so nice to me, it was honestly something that I could not refuse and so that is how it all came about.”

Despite growing up in Canada, you have represented Romania at youth level. During an interview with Wolves’ official website, you confirmed that you have now chosen to represent Canada. What was the motivation behind this decision?

“I did represent Romania at youth level. I didn’t make Canada, I wasn’t selected for the squad at under-15s level. So I said that I want to be playing international football because that was what the best talents were doing at the time. I contacted Romania, they said that they were aware of me and they were tracking me down. I sent them a few clips of myself and that is how we started talking. I got a call-up against Ireland and that is how I made my debut in September 2017.

I chose Canada now after a few years with Romania because I felt it was the right thing to do at this time because it has a very promising generation of players. Especially with the whole excitement of hosting the 2026 World Cup. I thought that I want to be part of this great journey moving forward. That is what motivated me and what inspired me to make this decision. I always wanted to play for Canada but like I said, a few years back I wasn’t selected.”

Canadian football is on the rise. The likes of Alphonso Davies and Jonathan David have had great success in Europe. Do you think we might see more Canadian players take a similar path to yourself and those mentioned?

“Canadian football is on the rise. The likes of these great players like Alphonso Davies and Jonathan David who have had great success will inspire this next generation of Canada. I feel like this is what they were lacking, some good examples of players succeeding and now I think that they see that this is possible, everything might change. Canada might now have a football culture which has been lacking all these years.

I think definitely now there is more players coming through and I believe in a few years’ time this might even be a regular thing. It is also important to mention the introduction of the CPL, Canada’s own league. Now there is a pathway for the kids to grow from grassroots and make it in a local sense whereas before it was more or less just the MLS academies that were there.”

Regarding your own ambitions, there is a lot of talent in the Wolves squad, and you’ve played in multiple positions and roles in the club’s youth setup. Where do you see your future breaking into the senior team?

“There is a lot of talent in the Wolves squad, and I have played all over the whole front line. They have tried me out everywhere to see where my best position is. Personally, I see myself more as a winger, so more wide. But I’m definitely confident in my ability and I feel that if I keep my head down and continue to work hard anything is possible.

Some big contenders for the January goal of the month, cast your vote 👇https://t.co/brENsWMk9W pic.twitter.com/cjlBDONu0q

My dream is to play for the first team and I am hoping to do so some time in the near future. As soon as possible.”

For a tall player, you possess great technical ability and skill. Smaller players often have a slight edge with their lower centre of gravity, so what do you think players of your stature have as an advantage when trying to take on defenders?

But I think it is all about the timing and also another big advantage is aerially. It is great that you can do it on the ground and in the air.”

What are the main areas of your game you want to work on and develop the most? Have your coaches done anything specific for you to improve those key areas?

“Something that I am trying to work on currently is my heading and my long-range shooting. I feel these are two skills that if a forward has them, it gives them a big boost and a big advantage to score more goals, so that is what I am currently working on.

I do work with my coaches after training. We do extras and it is all about repetition so I will have someone crossing it in for me and I just need to head it in from close range and all angles. Also with the long-range shooting it is self explanatory, practicing my shots from long-distance areas but these are two things I am trying to work on now.”

Before we wrap up, what can we expect from you in the short-term? What ambitions do you have over the next couple of seasons?

“My biggest ambition for the short term is to play first team football as soon as possible. Whether that is at Wolves or somewhere else depending on the situation, that is definitely the biggest thing. Moving on from that, to do well where I’m at wherever I am at.”

101 would like to thank Theo Corbeanu for speaking with us. Make sure to check out our in-depth player profile on the Canadian to find out more about his talents:

This article was edited by . 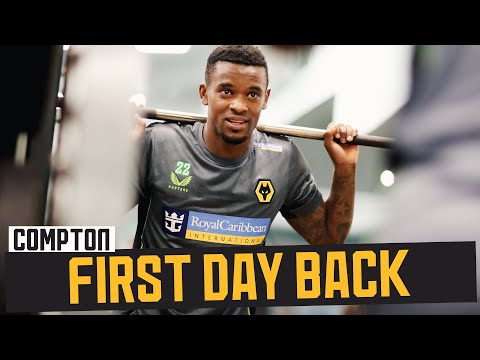 Head tennis controversy, returning players and pre-season testing | First-team back in training
After some time away over the past few weeks recovering from last season's Premier…
2022-06-30T14:55:52Z 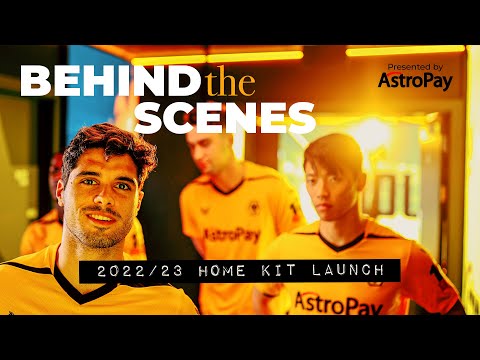