Harry Kane proved himself the difference-maker once more on Saturday

Antonio Conte’s Tottenham Hotspur got their post-international break form firmly back on track on Saturday, courtesy of a hard-fought victory at Brighton & Hove Albion.

The Lilywhites marked their return to action a short time ago.

Fresh off a concerning North London Derby defeat at the hands of fierce rivals Arsenal last weekend, and an ensuing stalemate in Europe in midweek, Spurs made the trip to England’s south coast, for a meeting with high-flying Brighton.

And, when all was said and done, a solitary strike on the part of talisman Harry Kane proved the difference in an affair which saw the evening’s hosts dominate in terms of both possession, and shots at goal.

The decisive moment was forthcoming with 22 minutes on the clock, when England international Kane did superbly to direct home Son Heung-min’s dangerous delivery from the right:

What a REACTION from Harry Kane to give Spurs the lead!! 😍⚡ pic.twitter.com/XPBhP7XLoE

Brighton, to their credit, pushed hard for an equaliser as proceedings rolled on, but ultimately saw their efforts come up short in the face of a stout Tottenham backline.

The latter, in turn, remain 3rd in the Premier League table, but now just a solitary point adrift of Arsenal above them, ahead of the Gunners’ impending showdown with Liverpool on Sunday.

Emotional scenes as Antonio Conte fights to hold back the tears 😓

Harry Kane is the first player to be directly involved in 30+ Premier League goals in 2022:

Harry Kane scores for Tottenham against Brighton and points to the sky in honor of Gian Piero Ventrone. 💙🙏 pic.twitter.com/5A0o8BfHyJ

53 - Antonio Conte has lost none of his previous 53 Premier League games in which his sides have been ahead at half time (W49 D4), the most such games in the competition without defeat for a manager. Commanding. pic.twitter.com/KG0oS1GTmn

Potter after going ahead of Brighton in the Premier League pic.twitter.com/3LUaltC5kp 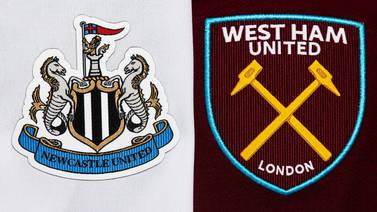