Chelsea defender Reece James is once again out injured.

The English wing-back marked his return to the side against Burnley with a goal, but picked up a knock which Thomas Tuchel confirmed would rule him out of the game with Norwich, due to take place on Thursday evening at Carrow Road.

"He felt it during the match and it didn’t get better," Chelsea's boss told the media "Today [Tuesday] there will be further examinations. It’s obvious what he can give to our team, so not good news at the moment."

And now, the Athletic have revealed that James is set to miss the next four games for the Blues. This will include their trip to Norwich in the Premier League and also Newcastle's trip to Stamford Bridge on Sunday.

Outside of the Premier League, James is also set to miss the second leg of their Champions League last 16 tie with Lille, as well as the FA Cup quarter-final against Middlesbrough, who are looking for their third giant-killing after knocking both Manchester United and Tottenham out of the competition so far this season.

Chelsea down to bare bones

Once again, Chelsea have been stripped down to bare bones. The injury to Ben Chilwell that ruled him out for the rest of the season, combined with James' consistent set-backs, means that Marcos Alonso is the only recognised wing-back at Tuchel's disposal for the fortnight or so.

Malang Sarr has been providing left-sided cover, while Callum Hudson-Odoi has been operating at times as a right-wing-back, but neither are naturals in the wing-back roles and Chelsea's system lacks cohesion when they are deployed there.

Finding cover for James and Chilwell must be top of the priority list for any summer business. 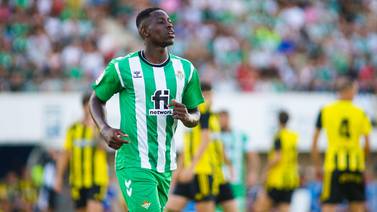