How Manchester United boss Erik ten Hag is trying to avoid a repeat of the dressing room leaks that plagued United last season has been revealed.

For much of the 2021/22 campaign, Manchester United’s dressing room was filled with leaks.

One of the main leaks suggested that Cristiano Ronaldo wanted to take the armband off Harry Maguire and that players such as Eric Baily did not understand how Maguire continued to get consistent game time despite his poor form.

Such leaks throughout the season were a serious distraction for Manchester United, and you would assume it played some role in them securing their worst points total in the history of the Premier League.

So, with Erik ten Hag now at the helm, it is his job to try and prevent said leaks emerging again in the forthcoming campaign.

And, according to ESPN, Erik ten Hag has made building a dressing room spirit at Manchester United one of his key goals this summer after being briefed about a series of leaks from within the squad last season.

Ten Hag has been informed about a number of stories of unrest among players circulated during a disastrous campaign. And to prevent this from happening in 20223/23, it is believed the players will be encouraged to be more open in interviews next season and they have been told that disagreements between individuals should be handled in-house and not publicised.

Players have also been told to pass on that message to family members and agents.

Elsewhere, Ten Hag's assistant, former Middlesbrough boss Steve McClaren, will be asked to act as a bridge between the players and management in an effort to solve any issues which arise.

Ten Hag has been briefed about all those Man Utd leaks. 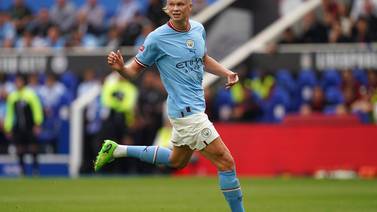