Manchester United captain Harry Maguire is set to be dropped to the bench for the club's meeting with Arsenal on Saturday, it has been revealed.

The name of stopper Maguire has, of course, taken its place front and centre in the headlines over the course of the last 24 hours.

This comes after the English international and his family were subjected to a harrowing ordeal, which saw Maguire warned of a bomb threat at his home via an anonymous email.

Safe to say, the former Leicester City standout therefore no doubt remains shaken, forced to deal with concern over not only his own wellbeing, but that of his family, too.

And such fears over Maguire's mental state, in turn, look set to see the 29-year-old afforded a timely rest this weekend.

As confirmed by the reliable Laurie Whitwell of The Athletic, Manchester United boss Ralf Rangnick is preparing to drop Maguire to the substitutes bench for the club's upcoming showdown with Arsenal.

Ralf Rangnick preparing to take Harry Maguire out of #MUFC line-up vs Arsenal. Seen as good time for break amid form + after bomb threat.

Tomorrow's trip to the Emirates of course marks an absolutely integral one for Man United, amid the club's ongoing pursuit of a Premier League top-four berth.

The Red Devils currently sit in 6th in the English top-flight, three points adrift of both Tottenham and their upcoming opponents on the back of a 4-0 drubbing at the hands of Liverpool during the week.

As such, it goes without saying that securing a positive result is an absolute must for Ralf Rangnick and co. on Saturday afternoon, with a defeat at the hands of Arsenal likely to bring a definitive end to the club's Champions League hopes for next season.

Revealed: The transfer budget Erik ten Hag will be given by Manchester United this summer 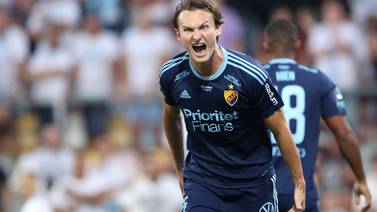