Here are the 10 best midfielders to sign for your FIFA World Cup Fantasy team.

At 101, we are aiming to bring you extensive, detailed analysis of the 2022 FIFA World Cup Fantasy game over the course of the next month, including best captain choice, injury news, players to pick and who to sell.

So make sure to check back to our site on a regular basis for all the best tips and updates.

We have set up our own World Cup Fantasy league, which you can join using the code here: JLCZ7WSB

You can also check out our list of the 101 best Fantasy team names here.

In this article, we will highlight the top 10 midfielders worth picking up in your Fantasy side for the 2022 World Cup.

De Bruyne is the most expensive midfielder on the game this year but he deserves that accolade.

The Belgian has already provided 10 assists and scored three in the Premier League this season.

Bergwijn is an interesting pick for your World Cup Fantasy team as whilst he is a midfielder on the game, he is generally used further forward.

The Dutchman plays on the left-wing in a front-three or, as he has done quite a lot of late, starts up top for the Netherlands.

He has scored four goals in his last six starts for his country, with a number of those outings seeing him deployed as a centre-forward.

Foden is a slight risk for your side given Gareth Southgate may rotate him with Bukayo Saka.

But given Foden’s form this season, it is hard to look past the Manchester City man.

He has scored seven and assisted three in 14 league games for the Sky Blues in 2022/23.

Despite playing in a deeper role, Eriksen has still managed one goal and four assists in 13 league matches for Manchester United this season.

And for his country, Eriksen is generally used further forward, meaning we should see more goals from him.

Eriksen has scored 39 and assisted 26 for Denmark and is their penalty-taker.

Whilst Perisic is now a wing-back at club level, he is still used on the left-wing by his country.

The 33-year-old remains a key figure for Croatia and has an excellent record at the World Cup – scoring five and assisting three in 10 games previously.

After setting the Premier League alight with Newcastle, Bruno Guimaraes is expecting to be a starter for Brazil this winter.

The midfielder has only recently begun to see regular minutes for his country, but he has scored one and assisted four in his last five outings for Brazil.

He is also Germany’s starting left-winger now and should impress vs the likes of Japan and Costa Rica in the group stage.

Brazil have countless quality forward options heading to the World Cup, which does mean there will likely be some rotation.

However, Lucas Paqueta has been a nailed-on starter for his country and is expected to play every games as a central attacking midfielder this winter. If you want a more attacking mid from Brazil you could sign Antony, but he generally rotates quite a lot with Raphinha so Paqueta is your safest bet.

For the most part, Carrasco is used as a left-wing-back in a 3-4-3 by Belgium.

Despite technically playing as a defender, though, Carrasco is very attack-minded and has scored eight and assisted 13 in 59 for his country.

And given Belgian’s kind group draw, he should be amongst the goals in the group stages.

Whilst Fernandes has not been that prolific for Portugal in the past, he is still a player you may wish to consider signing.

The midfielder has been in top form for Manchester United in recent weeks and will have a key role at the World Cup for his country. 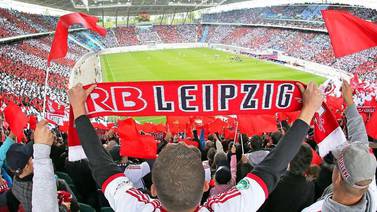