Chelsea have 'doubts' about Dembele and keen on Nathan Ake return

Chelsea have 'doubts' about Dembele and keen on Nathan Ake return

Chelsea have cooled their interest in potential free agent addition Ousmane Dembele, and are keener on a move for Raheem Sterling, according to reports.

The Blues are in the market for new players all over the pitch, but with the seemingly imminent departure of Romelu Lukaku, their front line is in need of restructuring.

And it seemed as though they were closing in on a deal for free agent Ousmane Dembele, who is out of contract at Barcelona this summer.

However, as per Italian journalist Gianluca Di Marzio, though they remain open to the prospect, 'the Blues currently have their doubts over him, with his injury record being a concern. The current feeling around the club seems to be that Chelsea are more interested in signing Raheem Sterling than Ousmane Dembele.'

.@ChelseaFC have some doubts on #Dembele (but it's not a game over): #Sterling is a name to keep an eye on. As new centre-back, #Kounde is a top target and Tuchel also appreciates @ManCity's #Ake. 🔵 #CFC https://t.co/RHqBfm9DuM

Chelsea keen on another old boy?

As per the same report, Thomas Tuchel is also keen on Manchester City defender Nathan Ake, even if Jules Kounde remains the top target.

Ake, of course, came through the ranks at Chelsea, making his Premier League debut for the Blues in the 2012/13 season, before being sold to Bournemouth and eventually making the move to Manchester City, where he has won two Premier League titles.

Whether he would be available as an option to his former club this summer remains unclear, however the potential transfer is dubbed 'another situation to keep an eye on', in what could prove a busy summer for Chelsea despite an underwhelming start. 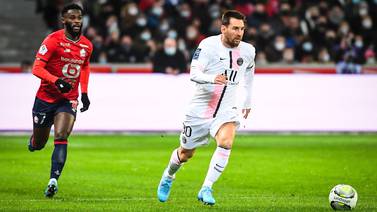