Before Manchester United’s chastening 3-0 defeat at home to Liverpool, the new Red Issue was sold outside Old Trafford and the contents inside made for interesting reading.

David Moyes appears to be unable to lift the current Manchester United side and Red Issue suggest Ryan Giggs has been one of the first high profile players to fall out with the former Everton manager.

There are also claims that Rio Ferdinand has grown disenchanted – after being told to play like Phil Jagielka (can this be true?!).

And, most intriguing of all, Red Issue suggest Sir Alex Ferguson is considering a return to management.

All explosive stuff and sure to sell copies of Red Issue, as well as heighten the pressure around David Moyes going into the second leg Champions League tie with Olympiakos this week.

Excerpts from Red Issue already floating around online are below. 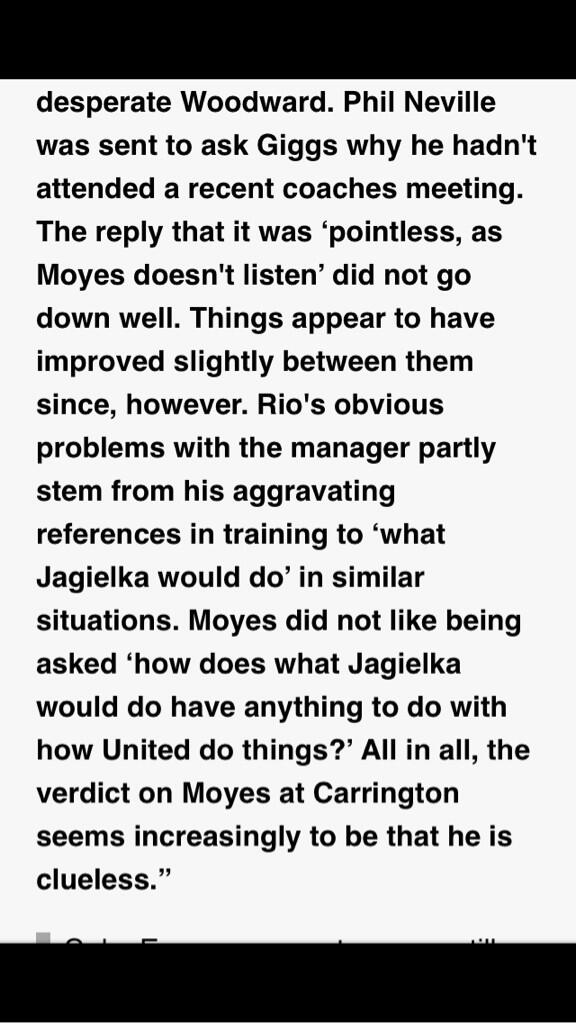