Home » Top stories » Diogo Jota to finalise Liverpool move ‘today’ / Where does the Portuguese fit in at Anfield?

Liverpool transformed their transfer window from a relatively quiet summer to a sudden splashing of cash.

The Anfield club only recently wrapped up a £25 million deal for Bayern Munich’s Thiago Alcantara and now look set to spend a further £45 million of Wolverhampton Wanderers forward Diogo Jota. The deal could even happen as early as today.

Liverpool have agreed a deal for Wolves forward Diogo Jota, with the 23-year-old set to head to Melwood today to undergo a medical before completing the deal. 🤝🔴

Jota joined Wolves on loan from Atletico Madrid and helped the west midlands club rise from the Championship. His deal with Wolves was made permanent for around £12 million and he has since become an integral piece to Nuno Espirito Santo’s side.

Whilst Liverpool were concerned about financial pressures this window, amazingly, Both Thiago and Jota may end up costing the club very little over the next 12 months.

According to reports, Thiago could only cost the club around £5 million this summer. In regards to Jota, it is possible that just 10% of the fee will be paid over the course of the next year.

Liverpool pulling off two top class signings who could cost less than a combined £10 million in the first year is very impressive.

Where does he play?

The biggest question surrounding Jota’s move to Liverpool is regarding playing time.

With Sadio Mane, Mo Salah and Roberto Firmino solidly Jurgen Klopp’s front three, it is difficult to see where the Portuguese forward will come in.

Jota’s advantage is that he is a versatile player. Having played in all of the aforementioned player’s positions during his time in England and Portugal.

Xherdan Shaqiri and Divock Origi made significant contributions throughout Liverpool’s title-winning season and their run to the 2019 Champions League win. Klopp, however, seemingly recognises the club’s need to increase the quality of his rotational options.

Jota is a significant upgrade on both Origi and Shaqiri and at the age of 23, presents a long term option for when the famous front trio do move on. 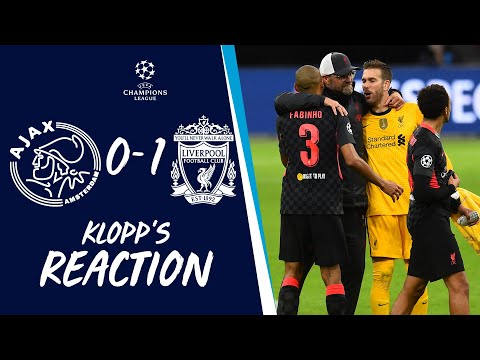