Here are the best options to live stream Wolverhampton Wanderers vs Arsenal:

In the USA, head to FuboTV. If blocked, or in a different territory, unblock the internet with a VPN from Express.

How to watch Wolverhampton Wanderers vs Arsenal online

If blocked, or in a different territory, unblock the internet with a VPN from Express to watch the Premier League match Wolverhampton Wanderers vs Arsenal.

If you're in America, you can watch Wolverhampton Wanderers vs Arsenal online on FuboTV.

Watch Wolverhampton Wanderers vs Arsenal online from anywhere in the world

Can Arsenal, belatedly to say the least, claim their first victory of 2022?

In January, the Gunners crashed out of two cups and claimed just one point from two Premier League fixtures.

Mikel Arteta's side failed to have a shot on target as they were beaten 1-0 by Nottingham Forest in the FA Cup.

Then, despite a battling goalless draw at Anfield with only ten-men, they exited the Carabao Cup as Liverpool won the second leg 2-0 a week later.

In Premier League terms, Arsenal put up a fight but were eventually beaten by Manchester City on New Years' Day, before a frustrating goalless draw with Burnley.

Off the pitch, six players left the club in the January transfer window, most notably Pierre-Emerick Aubameyang to Barcelona on Deadline Day.

With no new arrivals, Arteta has a very thin squad as he battles to get Arsenal into the top four for the first time in six years.

In complete contrast, Wolverhampton Wanderers are unbeaten in five league games, winning all three in 2022.

Last time out, Bruno Lage's side won 2-1 at Brentford, following on from wins over Manchester United and Southampton.

This means they would leapfrog Arsenal with a victory in this fixture.

Thus, it was a big surprise when, on Saturday, Wolves exited the FA Cup with an uninspiring 1-0 home reverse against Norwich.

Nevertheless, the home fans will fancy their chances of a victory in this one at Molineux.

Wolves are aiming to start a calendar year with four successive top-flight wins for the first time since 1938.

Back then, they finished second in the first division, one point behind champions Arsenal.

The Gunners meanwhile are looking to avoid three successive defeats to Wolverhampton Wanderers for the first time ever. 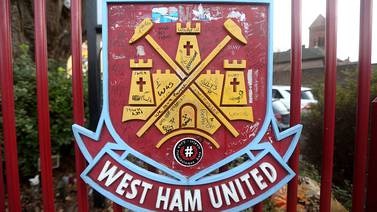