West Brom welcomes Leicester to The Hawthorns in West Bromwich on Sunday for their first Premier League match of the 2020/21 season.

It is West Brom’s first match back in the English top-flight since their relegation after the 2017/18 season. They finished bottom of the table with only thirty-one points averaging less than a goal per game.

The Baggies achieved promotion at the second time of asking, finishing 4th and then 2nd in the Championship, to achieve automatic promotion.

Leicester are looking to go one better than their 5th place finish in the Premier League last season. While it was a position the Foxes fans would have been happy with prior to the season, to have fallen from title contenders to 5th since the Christmas period will have been hard to take.

West Brom vs Leicester: What are the betting odds?

The Baggies have won only one of the last seven matches against Leicester. They also struggled over the line in the Championship, failing to win any of their final four matches of the season. This sees them start the day as underdogs despite being at home, at 14/5.

West Brom drew three of their last four matches of the 2019/20 season and seventeen overall last campaign. If you think they will hold Leicester to a draw to get their first points of 2020/21 on the table, odds of 13/5 are available.

Leicester have won all four of their previous Premier League visits to the Hawthorns. They start the match as odds on favourites, at 19/20.

Leicester have won each of their last four visits here. 101 Great Goals’ prediction of West Brom 1 – 2 Leicester is available at odds of 17/2.

The Baggies’ last home victory over Leicester came back in April 2010 in the Championship. They have never won a Premier League match on home soil against the Foxes. If you fancy them to win by the same 3-0 scoreline of 2010, odds of 40/1 are available.

Leicester’s last win at The Hawthorns was a 1-4 hammering back in March 2018 in the Premier League. You can back them at 40/1 for the same scoreline here on Sunday.

West Brom vs Leicester in the Premier League has historically been a high scoring game averaging 3.25 goals per game. You can back another high scoring game here on Sunday with odds of 10/11 for over 2.5 goals.

Grady Diangana is the Baggies big summer signing. The 22-year-old former West Ham winger is 12/1 to score the game’s opener on Sunday. Or 4/1 to bag a goal at any time during the game against Leicester City.

Jamie Vardy was the Premier League’s golden boot award winner for the 2019/20 season. He is the favourite to get on the scoresheet at 10/11. You can back Vardy at 3/1 to grab the game’s opening goal.

Sunday’s game feels like it could be a Mourinho vs Guardiola battle on a shoe-string budget. A defence-first coach who likes his sides to be hard to beat versus a possession-based side with roots in Spanish tiki-taki football.

West Brom gained promotion to the Premier League with a reputation for being hard to beat. They lost just seven games last season; two fewer than Champions Leeds. However, the big difference between them and the Champions was in the number of games drawn. The Baggies drew seventeen compared to just nine for Leeds United.

This largely comes down to the mindset of the coach. Slaven Bilic’s first instinct is not to lose games. He thinks about the game in terms of defending first and foremost. While in possession, they can struggle to progress play at times against well-structured teams and rely on the individual brilliance of Pereira to drop deep and make things happen.

“When you’ve got the ball 65-70% of the time, it’s a football death for the other team…It’s death by football.”

West Brom are likely to defend in a low-block asking Leicester whether they can break them down. This means the fitness of James Maddison, who is the Foxes most creative passer, could decide if Sunday’s match is one of frustration or success.

Most of West Brom’s business this summer has involved tying down the loan signings that got them promoted to permanent deals.

Grady Diangana has completed a permanent move to the club. The 22-year-old left-winger spent the 2019/20 season on loan here, scoring eight goals and creating seven for the Baggies in thirty-one appearances. Diangana arrives from West Ham in a £12.2m deal, much to the displeasure of both players and fans of the Hammers.

Brazilian right-winger Matheus Pereira has completed a permanent move to the club. The 24-year-old was a real creative force in the Baggies promotion push, creating twenty goals. Matheus also chipped in with eight goals in his forty-two appearances. He arrived in an £8.2m deal from Sporting of Portugal.

Callum Robinson arrived in the winter transfer window on loan from Sheffield United. After scoring three and creating two in sixteen appearances, West Brom moved to make his deal permanent as part of a move seeing Oliver Burke move the other way.

Centre-back Cédric Kipré and goalkeeper David Button have also arrived for deals around the £1m mark.

Leicester have been the much quieter of the two clubs this summer. Ben Chilwell was sold to Chelsea in a deal which could be worth up to £50m to the Foxes. They quickly moved to replace him with 24-year-old Belgian international Timothy Castagne.

Slaven Bilic could start the Premier League campaign with a full squad to choose from.

Kenneth Zohore is a doubt due to a calf strain. The 26-year-old Danish centre-forward wouldn’t be expected to start the game if fit. Bilic would like to have 190cm tall Zohore available from the bench though, should he need a plan B later in the game.

Conor Townsend is also rated at 50/50 to be ready for Sunday’s match. The 27-year-old left-back has been struggling with an ankle injury in pre-season. Kieran Gibbs would be the favourite to start even if Townsend was fit.

Grady Diangana, Matheus Pereira, Cédric Kipré and David Button are all in contention to make their debuts for the Baggies after their arrival in the summer. While Callum Robinson is also expected to start having made his loan move from Sheffield United a permanent one.

Brendan Rodgers hasn’t had the same fortune as Bilic in terms of injuries over the summer.

Ricardo Pereira has been ruled out with a knee injury. The injury has kept Leicester’s first-choice right-back out since March. Timothy Castagne is expected to start his first game for the club in his steed.

First-choice centre-back Jonny Evans is ruled out with a quadriceps strain. He was due to miss Leicester’s first three games of the new season due to the red card he received on the final day of the 2019/20 campaign.

Wes Morgan, who was expected to deputise for Evans, has suffered a hamstring injury in the pre-season friendly against Sheffield Wednesday. He has not trained since and is unlikely to take any part in Sunday’s season opener.

Filip Benkovic has returned from a loan spell at Bristol City. However, he seems out of favour and is unlikely to be trusted to start in the Premier League. Therefore, Rodgers may need to get creative in naming a partner for Caglar Söyüncü at the back.

Defensive midfielders Wilfred Ndidi and Daniel Amartey have both played in the position in the past and were given minutes there in pre-season against Blackburn. James Justin could move over from right-back making way for summer signing Castagne to start.

Christian Fuchs picked up a pelvic injury in mid-July. He is expected to be out for three to four months.

James Maddison has also been out since July with a pelvic injury. However, unlike Fuchs, Maddison is nearing full fitness and could be involved in some part on Sunday. 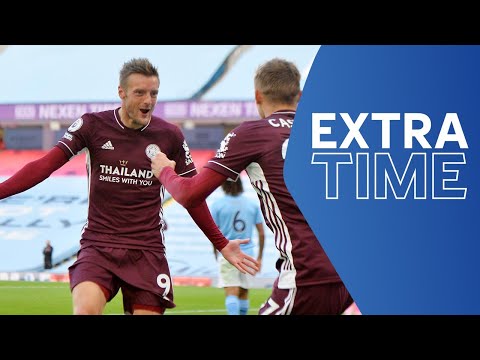 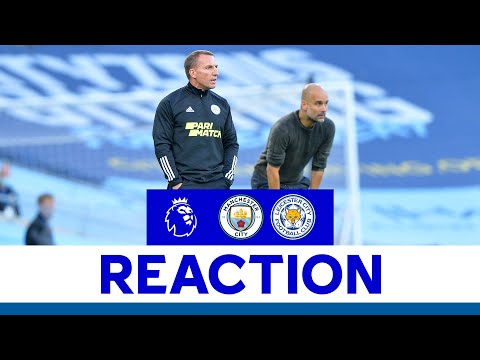 What time is kick off between West Bromwich Albion vs Leicester City FC?