Chelsea’s Callum Hudson-Odoi scores his side’s second goal of the game during the Premier League match at The Hawthorns, West Bromwich. (Photo by Nick Potts/PA Images via Getty Images)

Southampton vs West Bromwich Albion: What are the betting odds?

Southampton to win by two goals or more is 2/1.

Danny Ings has scored 28 goals since the start of last season. He is 9/4 to open the scoring and 3/4 to net anytime.

Can Southampton kick start their season?

That was very much a vital victory given that Ralph Hasenhüttl’s side had lost their first two games, 5-2 to Spurs and 1-0 at Crystal Palace.

They’ve also been knocked out of the Carabao Cup by Brentford.

This is particularly surprising given that they’d only lost one of their nine matches in the Project Restart period at the end of last season.

Can the Saints make it back to back wins?

Will West Brom get their first win?

As for West Bromwich Albion, they’re still searching for their first win since returning to the top flight but it really should have come last weekend.

The Baggies raced into a 3-0 first half lead at home to Chelsea last Saturday.

However, they could not hold on and the visitors left the Hawthorns with a 3-3 draw, equalising in the fourth minute of added-on time.

That was a particularly bitter pill for Slaven Bilić to swallow, particularly given that they lost their first two matches 3-0 to Leicester and 5-2 at Everton.

Also, like their hosts, West Brom have had a week without a fixture having also been knocked out of the League Cup by Brentford in an earlier round.

Will West Bromwich Albion get a shock victory?

Ralph Hasenhüttl’s XI is largely settled and, having won their last game eight days ago, he’s likely to stick with it.

Alex McCarthy remains the number one goalkeeper despite the fact Fraser Forster, who’s now back at the club, was outstanding for Celtic last season.

At the back, Kyle Walker-Peters and Ryan Bertrand are very much first picks at full-back.

Hasenhüttl continues to have a decision to make in the middle through.

Jannik Vestergaard came in alongside Jan Bednarek at Burnley to add a bit more physical presence.

He could keep his place instead of Jack Stephens.

Mohammed Salisu, who joined from Real Valladolid for £11 million in the summer, is still awaiting his league debut.

In midfield, they’re a bit light following Pierre-Emile Højbjerg’s move to Tottenham and no arrivals in that area.

Oriol Romeu and James Ward-Prowse, the new club captain, are the usual sitting duo in the 4-2-2-2.

Further forward, Nathan Redmond is injured so Moussa Djenepo could keep his place alongside Stuart Armstrong.

20-year-old Will Smallbone and Nathan Tella, who’s 21, are the only other midfield options with Sofiane Boufal a doubt.

In attack, Danny Ings got his 28th goals since the start of last season at Burnley.

Ché Adams is his usual partner in crime, continuing with Shane Long and Michael Obafemi left out.

Southampton only won six home games last season but can they win their first of this season?

WEST BROMWICH, ENGLAND – DECEMBER 26: A corner flag is pictured inside the stadium prior to the Premier League match between West Bromwich Albion and Everton at The Hawthorns on December 26, 2017 in West Bromwich, England. (Photo by Matthew Lewis/Getty Images)

As for West Bromwich Albion, after such a stark game of two halves last weekend, it’ll be interesting to see what Slaven Bilić does.

Goalkeeper Sam Johnstone is aiming to keep his first clean sheet in the Premier League.

Ahead of him, it’s likely to be a back five once again.

Kyle Edwards, Semi Ajayi and Dara O’Shea will be at centre-back with Darnell Furlong on the right.

Conor Towsend will continue to deputise at left-back in place of the suspended Kieran Gibbs.

Cédric Kipré will be on the bench; Branislav Ivanović is still awaiting his Baggies debut after joining from Zenit Saint Petersburg last month.

In midfield, Jake Livermore and Romaine Sawyers are the first-choice duo.

The latter is the fifth player from Saint Kitts and Nevis to play in the Premier League and the first since 2001.

Sam Field and Rekeem Harper are the other midfield options.

The Baggies actually have good options in this area with Kamil Grosicki, Matt Phillips and Kyle Edwards all likely to be on the bench.

As is Filip Krovinović who’s returned to the club for a second consecutive season on loan from Benfica.

Callum Robinson’s brace last weekend will see him lead the line ahead of Hal Robson-Kanu and former Saint Charlie Austin.

Will West Brom win away? 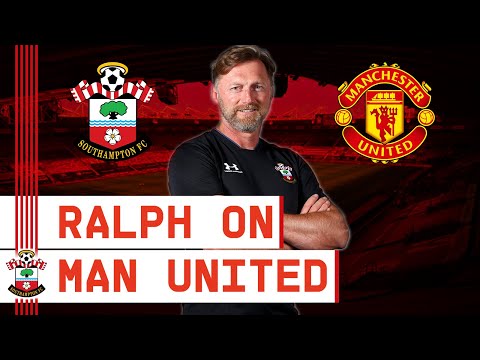 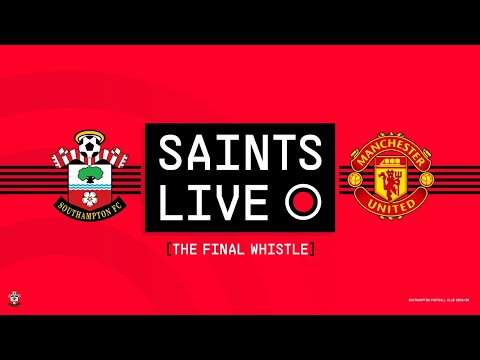 SAINTS LIVE: The Final Whistle | Southampton vs Manchester United
Join us for the all reaction following the Premier League meeting between Southampton and…
2020-11-27T09:07:19Z