Sheffield United are on a disastrous 17-match winless run in the Premier League. They managed to pick up a point at Brighton last weekend, ending an 8-match losing streak.

Meanwhile, Everton begin Boxing Day inside the top four and will be aiming for a fourth consecutive league victory on Saturday.

The Toffees were knocked out of the Carabao Cup in midweek but they won’t mind that considering how well their league campaign is going.

Sheffield United vs Everton: What are the betting odds?

Everton to keep a clean sheet. Sheffield United have failed to score in four of their seven Premier League matches at Bramall Lane. Everton kept a clean sheet in their last away game at Leicester.

Dominic Calvert-Lewin to score. Who else? Calvert-Lewin would love to get one against his old club. The 23-year-old has scored 14 goals in 17 appearances this season. Although he has failed to score in four consecutive matches, he did play a big massive role in Rob Holding’s own goal last weekend.

Everton will be looking to bounce back from Wednesday night’s 2-0 home defeat to Manchester United in the Carabao Cup.

Wednesday’s defeat brought Everton’s four-match unbeaten run to an end, but their league form remains hugely impressive. A Rob Holding own goal and a towering header from Yerry Mina gave the Toffees a 2-1 win over Arsenal last week.

Prior to that, Everton also picked up wins over Leicester and Chelsea. Carlo Ancelotti’s side begin boxing day 4th in the table, level on 26 points with Manchester United, and one point behind Leicester in 2nd.

It’s not much, but Sheffield United did hold fellow strugglers Brighton to a 1-1 draw at the Amex last weekend. Jayden Bogle opened the scoring for Sheffield, who could not prevent a late Danny Welbeck equaliser.

Chris Wilder’s Sheffield United are the only team in the Premier League – and one of just two teams in Europe’s top five leagues – yet to win a match this season.

Unsurprisingly, Sheffield United have the worst home record in the league. In seven matches at Bramall Lane, the Blades have draw one and losing six, while scoring four and conceding 11 goals.

Everton’s away form is the 5th best in the division, with four wins and a draw from their seven matches on the road. Everton have scored 10 and conceded eight goals on their travels.

These two sides have a pretty even head-to-head record in the Premier League. Each side has won three of the previous eight meetings.

Last season’s corresponding fixture, played in July, ended 1-0 to Everton. Richarlison scored the only goal of the game shortly after half time.

Chris Wilder gave an update on the injured Sander Berge. “Sander had an operation on his tendon. A huge blow for us with him being out between 3-4 months”.

John Fleck and Ethan Ampadu look nailed on to start in Sheffield’s midfield three and could be partnered by defender Chris Basham could slot into midfield. Ben Osborne is another option for Wilder to consider.

If Basham is used in midfield, then George Baldock could shift to central defence, with Jayden Bogle coming into the side at right-wingback.

Rhian Brewster partnered David McGoldrick up front against Brighton, but Oliver Burke may be preferred on Saturday. Lyss Mousset is “not in a position to start”.

Oli McBurnie is a doubt following a shoulder injury, while Kean Bryan remains sidelined until the new year with a calf strain.

Jack O’Connell is a long-term absentee.

Former Everton players Jack Rodwell and Phil Jagielka are not expected to face their old side. 38-year-old Jagielka has only made two league appearances this season, while Rodwell has not featured for the Blades at all.

Richarlison is a doubt after being forced off with a head injury in midweek. “We are going to check him in the next few days. Our doctor had total control of the situation and wanted to take him off. I agreed because it was right for the welfare of the player”, Carlo Ancelotti said.

Bernard is likely to come into the side if Richarlison is unavailable.

Allan remains sidelined with a hamstring injury. Fabian Delph is also injured, meaning one of Tom Davies or Andre Gomes will partner Abdoulaye Doucoure in the base of midfield.

Gylfi Sigurdsson and Alex Iwobi should keep their place in the side from last weekend’s win over Arsenal.

Lucas Digne is out with an ankle injury. Ben Godfrey has been deputising at left-back.

Mason Holgate, Seamus Coleman and Jonjoe Kenny are all options at right-back.

Jean-Philippe Gbamin is a long-term absentee.

Dominic Calvert Lewin signed for Everton from Sheffield United in 2016, having made 11 league appearances for the Blades. 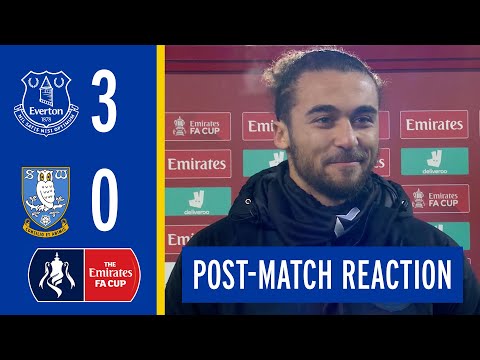