The Blades welcomes Wolves to Bramall Lane in Sheffield on Monday for their Premier League curtain-raiser of the 2020/21 season.

Sheffield United finished last season in 9th place in the Premier League in their first season back in the English top-flight. This was a remarkable achievement from Chris Wilder and the Sheffield United players given they were favourites to return to the Championship before a ball had been kicked.

Sheffield United likely would have finished even higher in the table but for a poor run of form at the end of the campaign. They lost all three of their final games of the season, killing their hopes of finishing in the UEFA Europa League qualification spots.

Their opponents Wolverhampton Wanderers finished the season in 7th place, five points above the Blades. Wolves saw their plans for European football dashed on the final day of the season, losing 2-0 to Chelsea. The 2019/20 Europa League quarter-finalists fell out of the top six as a result, leapfrogged by Spurs.

Sheffield United FC vs Wolverhampton Wanderers FC: What are the betting odds?

The Blades have won the last two visits of Wolves to Bramall Lane. They have also won four of their last five Premier League matches at home. Despite this, they start the game as outsiders, at 9/4.

No side drew more matches in the Premier League last season than Wolves, with fourteen. Sheffield United were also in the top five for games drawn, with twelve. This suggests the odds of a draw at 21/10 could be very good value.

Wolves have won only one of their last four matches against Sheffield United. They also picked up just one point from nine from their final three away matches last campaign. Despite this, they start the match as the favourites at 11/8.

The Blades have won the last two home fixtures in this head-to-head, in all competitions. 101 Great Goals’ prediction of Sheffield United 2 – 1 Wolves is available at odds of 14/1.

Sheffield United defeated Wolverhampton Wanderers 1-0 here back in July. A repeat of this score on Monday is available at odds of 7/1.

Raúl Jiménez was Wolves’ top-scorer last season with seventeen goals; ten more than any other player. He scored twenty-seven in all competitions. The Mexican is the favourite to get on the scoresheet at 7/4. You can back Raúl at 9/2 to grab the game’s opening goal.

Lys Mousset and Oli McBurnie were joint-top scorers for the Blades in the Premier League last season with six goals apiece.

Mousset (pictured above) scored the opener inside two minutes when the sides met at the Molineaux back in December. He is 7/1 to break the deadlock on Monday or 3/1 to score at any time.

McBurnie is the favourite of those in red and white to grab a goal here. The Scottish international is 13/2 to score the game’s opener on Monday. Or 13/5 to bag a goal at any time during the game against Wolverhampton Wanderers.

Both matches between them last season were very cagey affairs.

The 1-1 draw at the Molineaux in December was the more open of the two games. There were twenty-two shots on total (59% for Wolves) but only seven were on target (43% for Wolves).

There was also little separating them in terms of expected goals totals, with Sheffield United having 1.47 to Wolves’ 1.27. This all made the 1-1 draw probably a fair result.

What is interesting about the match though, was how all be best chances came when United were 1-0 up. Once the game got back to a tied state around the hour mark, both teams seemed more focused on not losing the point they had rather than winning the additional two.

So, when they met each other again in July, the final thirty minutes of the Molineaux match was played out over the full ninety. There were no big chances created, only thirteen shots between them (54% to Sheff Utd) and four shots on target (75% to Sheff Utd).

The total expected goals for the game was one of the lowest of all Premier League games last season, at just 0.80; 0.47 to Sheffield United and 0.33 to Wolves.

John Egan’s header from a corner in the 2nd minute of injury time at the end of the match was all that prevented this from being the 0-0 draw that it probably deserved.

The Premier League games that we have seen so far this season suggests that due to the short pre-season, the defensive organisation won’t be on point yet. Therefore, will this game be more open than the two served up last season?

The Blades have had a very busy summer in the transfer market.

With Dean Henderson returning to Manchester United after a successful loan spell, Sheffield United moved quickly to replace him with Aaron Ramsdale. The 22-year-old goalkeeper was signed from relegated Bournemouth for £18.5m.

Wes Foderingham was also brought in to add some depth to the goalkeeping ranks on a Bosman from Rangers.

Ethan Ampadu will return to the club once again on a season-long loan from Chelsea. However, Panagiotis Retsos’ loan deal won’t be renewed, allowing him to return to parent club Bayer Leverkusen.

Oliver Burke was signed from West Brom in a part-exchange deal that saw Callum Robinson go in the other direction.

Youngsters Max Lowe, Jayden Bogle and Ismaila Coulibaly have also been brought in with an eye on the future.

Fábio Silva (pictured above) is the headline arrival this summer for Wolves. The 18-year-old forward arrives having scored just one goal in twelve league appearances for Porto. However, similar to his compatriot João Felix last summer, Fábio Silva’s fee is more about his perceived potential than what he will deliver right away.

Marçal also arrived from Lyon with the aim of adding some experience to the Wolves defence.

While Chris Wilder has a long injury list at the moment, he is fortunate in that most of the players are near the end of their lay-off period and are ready to return to action.

Jack Rodwell signed a one-year extension to the short-term deal agreed back in January when joining the club. However, he has been in self-isolation for the past couple of weeks due to Coronavirus. He is expected to be available for Monday’s match.

Jack O’Connell seems to have made a full recovery from his shoulder injury. The 26-year-old centre-back missed only five games last season and is certain to start here.

Lys Mousset took a whack to the top of the toe. While not a serious injury, it was enough to prevent him training. He could play a part on Monday.

David McGoldrick is also struggling with a knock and will receive a late fitness test before the match.

Sander Berge returned from international with Norway with a knee injury. He is rated 50/50 to be ready for Monday night.

Understudy goalkeeper, Simon Moore, has been absent with a broken finger. He is unlikely to be fit for any of the Blades September matches.

Aaron Ramsdale, Max Lowe, Jayden Bogle and Oliver Burke are among those hoping to make their Sheffield United debuts on Monday.

Jonny Castro Otto is the only player who is certain to miss the match for Wolves. Nuno informed the media that a scan confirmed an injury to the anterior cruciate ligament which will require surgical repair. He is expected to play no part in the coming season for Wolves.

Adama Traore is rated at 50/50 to be involved here. He tested positive for Coronavirus antibodies with the Spanish national team, and was released from international duty.

Fábio Silva, Marçal, Matija Sarkic and Vitinha are the players hoping to make their Wolves debuts at Bramall Lane on Monday. 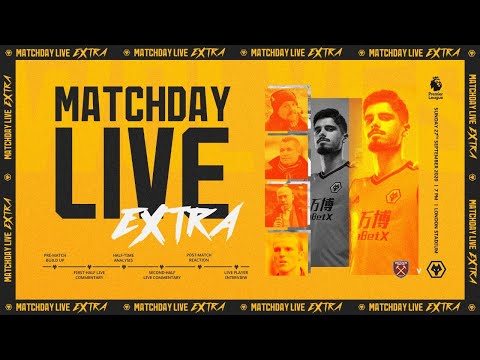 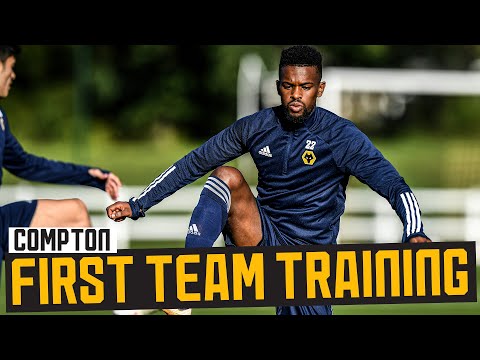 NELSON SEMEDO TRAINS FOR THE FIRST TIME WITH WOLVES! | Signing has double session ahead of West Ham
After completing his transfer from Barcelona, Nelson Semedo begins his Wolves career with a…
2020-09-25T16:00:10Z