With Manchester United hot on their heels, Liverpool are hoping to end off their title-winning year on a high note.

Newcastle are without a win in four matches, and have only scored one goal in that period.

Liverpool have only won one of their last five away matches in all competitions, but they should pick up three points against a tiring and out-of-form Newcastle side.

Over 2.5 goals. Liverpool’s away games this season have averaged exactly four goals per game. Liverpool have scored at least three goals in each of their last four matches against Newcastle.

Both teams to score. With numerous defensive injuries, Liverpool have only kept one clean sheet in their last five matches. The Reds have conceded in each of their last six visits to St. James’ Park.

Newcastle United vs Liverpool: Both teams to score
Betting odds: 20/23

Mohamed Salah to score. Salah has scored 16 goals this season in all competitions, including six in his last six appearances.

Newcastle United vs Liverpool: What are the betting odds?

Liverpool were held to a 1-1 draw at home to West Brom last time out. Sadio Mane gave Liverpool had given Liverpool the lead but they couldn’t see out the match. Three of Liverpool’s last five matches have ended in 1-1 draws. Despite the disappointing result, Liverpool’s 12-match unbeaten run in the league remains intact.

Manchester United’s late win over Wolves on Tuesday means they are two points shy of Liverpool. Leicester City and Everton aren’t far behind either. The Reds can extend the gap at the top to five points, although they will have played one game more than Man United.

Newcastle lost 2-0 away to Manchester City on Boxing Day. Steve Bruce’s side have failed to win any of their last three and begin Wednesday 15th in the table. A win against Liverpool would see them leapfrog Wolves into 12th.

While Liverpool have the best home record in the division, their away form this season has been average at best. The Reds have won two, drawn four and lost one of their seven matches on the road, conceding 12 goals. That said, they dismantled Crystal Palace 7-0 in their last away outing, so perhaps they have turned a corner.

Newcastle’s home form ranks 15th in the league. The Magpies have won three, drawn one, and lost three of their seven matches at St. James’ Park Only two teams have conceded more goals at home than Newcastle’s’ 13.

Liverpool have a brilliant record against Newcastle. The two sides have faced each other 50 times in the Premier League; Liverpool have won 29 of those matches, drawing 10 and losing 11.

Klopp’s men beat Newcastle 3-1 in both fixtures last season. Liverpool have won each of their last five against Newcastle by an aggregate score of 15-4.

Allan Saint-Maximin is “still weeks away” from a return to first-team action.

Jamaal Lascelles “is making inroads into joining in with the team”, but Wednesday’s game will come too soon for the Newcastle captain.

Karl Darlow will continue in goal as Martin Dubravka remains sidelined, although Steve Bruce confirmed that the goalkeeper is “not far away”.

Paul Dummett and Jeff Hendrick both missed out against Manchester City due to illness and are doubts to face Liverpool. Ryan Fraser is also set to miss out.

Callum Wilson was not risked against Manchester City after picking up a knock to his ankle, but Newcastle’s leading scorer is available for Wednesday and is set to start.

Emil Krafth and Jamal Lewis could also be handed recalls to Newcastle’s back five.

Newcastle have three former Liverpool players in their ranks in Andy Carroll, Jonjo Shelvey, and Javier Manquillo, although none of the trio are expected to start on Wednesday.

Jurgen Klopp will make at least one enforced change from the side which drew to West Brom. Joel Matip was forced off against the Baggies after picking up an adductor injury. With Joe Gomez and Virgil van Dijk already sidelined (both knee injuries), one of Rhys Williams or Nathaniel Phillips should partner Fabinho at centre-back.

Having featured as a substitute in the last two matches, Alex Oxlade-Chamberlain could replace Curtis Jones in the Reds’ midfield three. Naby Keita is set to miss out again with a muscle injury.

Klopp should stick with his tried and tested front three of Sadio Mane, Roberto Firmino, and Mohamed Salah, although Takumi Minamino and Divock Origi are further attacking options if rotation is required.

Summer signings Diogo Jota, Thiago Alcantara, and Konstantinos Tsimikas are all ruled out with knee injuries.

Gini Wifjnaldum is set to start against his former club. James Milner is also available to face his old side but the veteran is expected to start Wednesday’s game from the bench. 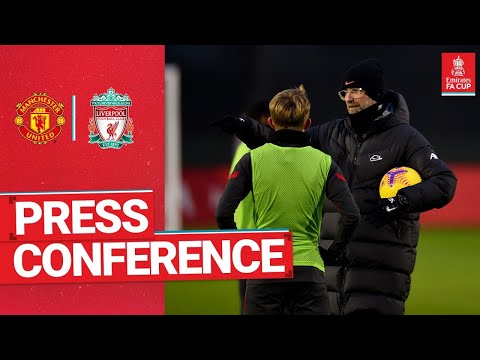