Saturday’s Premier League fixtures pits two teams against each other still trying to register their first win of the season. Leeds welcomes Fulham to Elland Road for this Premier League match between two teams tipped for the drop.

There have been just 6 meetings between these two sides in the Premier League. The Cottagers have the slight upper hand in the head-to-head, with 3 wins to Leeds United’s 2, from the 6 Premier League encounters.

Although, the sides have met numerous times throughout the years in the old First Division and in the Championship. Overall, the record stands at 7 wins apiece from 22 matches.

More recently though, Leeds have struggled to find a win in this fixture. Their 3-0 win last season at Elland Road was Leeds’ first win in 8 against Fulham.

Leeds United vs Fulham FC: What are the betting odds?

The previous visit of Fulham to Elland Road ended in a home win. Leeds are the 4/7 favourites to win again this weekend.

Recent matches between these sides are often cagey affairs ending in a stalemate, with 5 of the last 8 games ending in a draw. Odds of 14/5 are available if you see Leeds and Fulham cancelling each other out on Saturday.

Fulham won the last Premier League match between these sides, 2-0 at Craven Cottage back in 2004. They are the 5/1 underdogs to win at Elland Road.

Leeds’s won the most recent match against Fulham back in June by a scoreline of 3-0. A repeat of this score on Saturday is available at odds of 12/1.

Fulham’s last win at Elland Road was back in 2014 in the Championship. You can back them at 14/1 for the same 0-1 scoreline here on Saturday.

The omens aren’t good if you are looking forward to an exciting, high-scoring, game. Since the turn of the millennium, there have been under 2.5 goals in 12 of the 16 matches between them in all competitions. You can back another low scoring game here on Saturday with odds of 10/11 for under 2.5 goals.

Rodrigo was Leeds’ big money signing this summer. The 29-year-old Spanish international centre-forward was signed from Valencia in a £27m deal. Rodrigo made a brief cameo against Liverpool but could start against Fulham and is the favourite to get on the scoresheet at 7/5. You can back the Brazilian-born striker at 9/2 to grab the game’s opening goal.

Aleksandar Mitrovic (above) was a rare bright spark in an otherwise disappointing season for Fulham when they were last in the Premier League. The Serbian international scored 11 goals for Fulham in the Premier League. He followed this up with an impressive 26 in 40 games in the Championship. The 26-year-old centre-forward is 9/4 to score against Leeds United at the weekend. Or 7/1 to do so as the game’s first scorer.

Leeds' Pablo Hernandez to score the first goal of the game vs Fulham
Betting odds: 4/1

These two teams exchanged home wins when they faced each other last season in the Championship. This includes a 3-0 win for Leeds United when they last met at Elland Road. It brought an end to a run of 8 straight games without a win in this head-to-head.

However, since then a lot has changed. Perhaps looking back to the tail end of an unusual Championship campaign interrupted by COVID lockdown won’t tell us that much about this match.

Instead, looking back at last weekend’s matches, we can get ideas from each team’s successes and failures what this match may have instore.

Firstly, looking at goalkeeping, and Marek Rodak didn’t have a great game for Fulham. He saved only 50% of the shots on target he faced last weekend, and conceded 1 goal more than post-shot expected goals models suggest he should have; only Matt Ryan of Brighton had a worse performance last weekend. Alphonse Areola, signed on loan from PSG, will likely replace him at some point as Fulham’s #1, possibly even for this Saturday’s match.

Meanwhile, 20-year-old Illan Meslier had a decent performance in his Premier League debut. His shot stopping was around par, conceding four from two penalties, a point-blank van Dijk header and an unstoppable Mo Salah strike into the top corner.

The other thing we should focus on is something that is becoming increasingly important in the modern game; pressure.

Leeds had 61 successful pressures against Liverpool, more than any other Premier League side on opening weekend. The majority of their pressures came in mid or low-blocks suggesting they wanted to restrict the space Liverpool had by not engaging high on the pitch, but also engage frequently once in a block to prevent them having time on the ball in the final third.

Fulham’s attempts at pressing Arsenal was highlighted on Match of the Day. Specifically, their attempts to press Arsenal in the attacking 3rd of the pitch. Despite having the 5th highest attempted pressures in the league, they had the 2nd lowest number of successes with 29 (only 28 for West Brom was lower). They also had the tied-worst success rate with Spurs, with 19.5%.

Given how active both teams want to be without the ball, the victor of this match will likely be the team that can best play through the pressure of the other. Given that Bielsa is one of the pioneers of such football in Europe, his side will likely come out on top this weekend.

Gaetano Berardi remains ruled out for Leeds. He suffered an ACL injury back in July and isn’t expected to feature again for Leeds this season.

Adam Forshaw has been out with a pelvic injury for nearly a year now. Despite returning to full training, he didn’t feature for Leeds in pre-season and will likely see reserve action to find match sharpness before playing in the Premier League.

Jay-Roy Grot is another played ruled out. He has an infection and no return date has been specified as of yet but isn’t expected to play until 2021.

Liam Cooper missed Leeds opening game of the season at Anfield. He failed a fitness test due to a calf injury sustained on international duty with Scotland. Cooper is expected to return to action this weekend replacing Pascal Struijk in the starting XI.

Jean Michael Seri is expected to be the only player unavailable to Parker for selection this weekend. He is lacking fitness and will likely feature for Fulham’s reserves in the coming weeks.

Anthony Knockaert is expected to make his Premier League debut for Fulham. The 28-year-old former France U21 international signed for the club this summer for £10.5m having previously been on loan at the club.

Alphonse Areola could make his first appearance for the club. The French international was a surprise loan signing from PSG and he likely didn’t make the move to sit on the bench, as he did last weekend.

Mario Lemina is another who could make his Fulham debut this weekend. After spending last season on loan at Galatasaray in Turkey, the Southampton defensive-midfielder joined Fulham on loan this summer.

Kenny Tete, Ola Aina and Antonee Robinson are the other summer signings who will be hoping to benefit from any shake-up in the starting XI to make their debuts for the club. 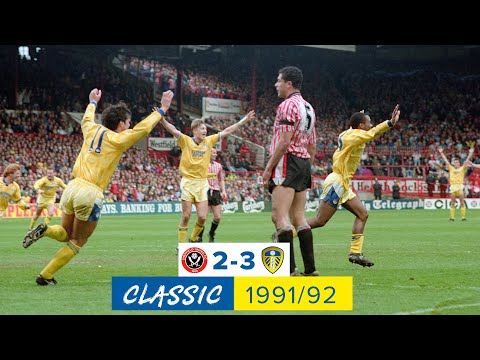 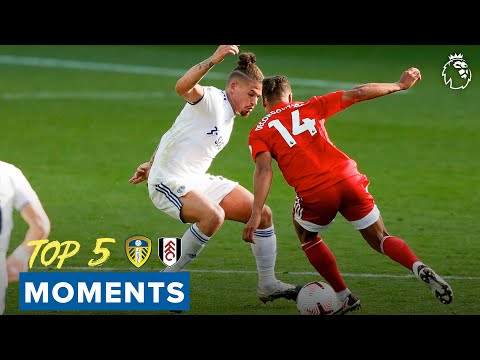