Leicester have won six of their last seven away matches in the Premier League and are firm favourites to come away with all three points.

Another heavy defeat means that Roy Hodgson has plenty to think about, although with at least six first-team players absent, his options are limited.

Despite Palace’s recent form, Leicester should not take their opponents lightly. The Eagles have picked up points against Manchester United and Tottenham this season.

Over 2.5 goals. Leicester have scored 17 goals away from home this season, the second-most in the league. Meanwhile, Palace have conceded the second-most goals at home (14).

Kelechi Iheanacho to score. A bit of a punt, this one, although there’s a strong possibility that Jamie Vardy could start from the bench. The Nigerian has three Europe League goals this season but is yet to score in the league. Iheanacho opened the scoring when the two sides last met in July.

Crystal Palace vs Leicester City: What are the betting odds?

In their last match, Leicester twice came from behind to earn a point against Manchester United.

After falling behind, Harvey Barnes made it 1-1 on the half-hour mark with a brilliant long-range effort. United retook the lead with just over 10 minutes to play before Jamie Vardy’s scuffed shot deflected in past David de Gea to make it 2-2. The goal was officially credited as an Axel Tuanzebe own goal.

Leicester ended Boxing Day 3rd in the table on 28 points, just three points shy of leaders Liverpool. It looks increasingly likely that Leicester will end 2020 inside the top four.

Crystal Palace suffered a 3-0 defeat at Aston Villa on Boxing Day, despite playing half the game with an extra man advantage. Palace have now conceded 10 without reply in their last two matches. The result leaves Palace 13th in the table, seven points above the relegation zone.

Although Palace scored five against West Brom earlier in December, and four against Leeds last month, goals seem to have dried up recently, with just two in their last four matches.

Palace’s home form ranks 15th in the league, with two wins, two draws, and three defeats from their seven games at Selhurst Park.

Leicester have been hugely impressive away from home. Only Manchester United (19) have picked up more points on the road than Leicester (18).

Palace and Leicester have faced each other 16 times in the Premier League. Palace have won eight of those, lost six and drawn two.

Their most recent meeting in July finished 3-0 to Leicester at the King Power Stadium, thanks to second-half goals from Iheanacho and Jamie Vardy (2).

Last season’s corresponding fixture at Selhurst Park was also won by Leicester. Goals from Caglar Soyuncu and Jamie Vardy gave the Foxes a 2-0 away win.

Scott Dann came in to replace the hamstrung Gary Cahill against Aston Villa, but James Tomkins could be given the nod on Monday. Nathaniel Clyne should replace Joel Ward at right-back.

Christian Benteke was preferred to Jordan Ayew and Michy Batshuayi last time out. Jairo Riedewald could start in central midfield, while Andros Townsend is also set for a recall – at the expense of former Palace man Jeffrey Schlupp.

Tyrick Mitchell and James McCarthy are further options for Roy Hodgson to consider.

Patrick van Aanholt is set to face his former club.

Brendan Rodgers named an unchanged starting eleven on Saturday. The quick turnaround time between matches means that we could see some heavy rotation on Monday.

Rodgers has favoured a back four in recent matches and is expected to stick with that system against Palace.

Having only just returned from injury, Timothy Castagne is set for a rest. Christian Fuchs should come in for him, although Luke Thomas is another option at left-back.

Ayoze Perez is likely to be rewarded with a start after coming off the bench against Manchester United to set up Jamie Vardy’s equaliser. Cengiz Under was not in the matchday squad to face United but is in contention for a recall on Leicester’s opposite flank.

Vardy may have to start this one from the bench, with Kelechi Iheanacho taking his place in attack. Nampalys Mendy, Ayoze Perez, Hamza Choudhury, and Dennis Praet will also be pushing for starts.

Caglar Soyuncu is back in training and could be available for selection. Ricardo Pereira remains sidelined. 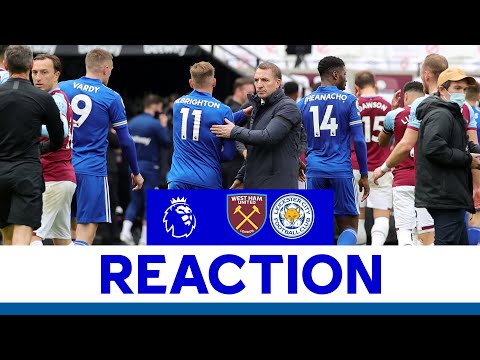 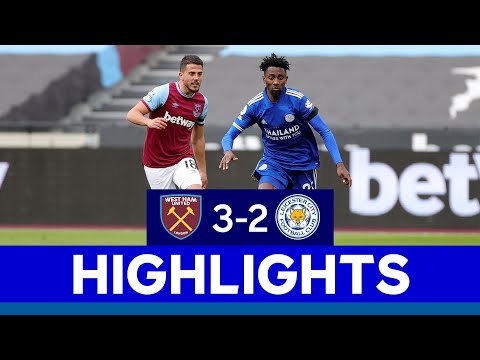