This article covers Burnley vs Southampton betting tips and predictions.

Also included is a thorough Burnley vs Southampton betting preview.

Southampton have lost three on the spin, including last weekend’s massive home defeat to Spurs.

Burnley have lost only one of their last eight home matches in the Premier League. History between the two sides is also in Burnley’s favour.

The Clarets’ lengthy injury list could well be the difference between three points and one.

Burnley vs Southampton: What are the betting odds?

Burnley vs Southampton – recent form and head to head statistics

Both teams to score. Although Southampton and Burnley conceded five and four goals respectively last weekend, both sides managed to find the back of the net twice.

Danny Ings to score. Ings opened his account with a brace in last weekend’s defeat.

Burnley had a bye on the opening weekend, so they played their first league game of the season last weekend. The Clarets suffered a 4-2 defeat away to Leicester City. Chris Wood and Jimmy Dunne scored for Sean Dyche’s side.

Unlike Southampton, Burnley were also in midweek Carabao Cup action. Dyche made a number of changes for the trip to Championship side Millwall on Wednesday night, but Burnley still managed a comfortable 2-0 win.

Josh Brownhill and Matej Vydra scored the goals to send Burnley into round 4, where they will meet either Manchester City or Bournemouth.

Southampton have made a poor start to the season, losing both of their two Premier League matches this season, as well as their Carabao Cup second round tie against Brentford.

Burnley are unbeaten in their last seven matches against Southampton. Southampton’s last away win at Burnley was back in 2007 in the Championship.

The two sides have met 10 times in the Premier League, with Burnley winning five and drawing three of those matches.

Burnley were 2-1 winners in the sides’ most recent meeting at St. Mary’s in February. Ashley Westwood and Matej Vydra netted for Burnley, while Danny Ings was on target for Southampton.

Sean Dyche will be hoping to have James Tarkowski available following an ankle injury. The Burnley boss is less optimistic about the availability of Robbie Brady.

Dale Stephens, recently signed from Brighton, comes into contention after recovering from a muscle problem.

Jay Rodriguez is likely to miss out with an ankle injury, while Ashley Barnes is lacking match fitness and is another doubt. So Matej Vydra and Chris Wood are expected to start in attack.

Ralph Hasenhuttl is likely to make a couple of changes following last weekend’s defeat, Meaning Jannik Vestergaard could return to Southampton’s backline, while Shane Long could come in for Che Adams.

Summer signing Mohammed Salisu is yet to make his debut for the club since signing from Valladolid. The defender is lacking match fitness and is a doubt for Saturday.

LONGEST SERVING PL MANAGER | SEAN DYCHE BEFORE BURNLEY
How did Sean Dyche go from a Forest youth apprentice to the longest serving…
2020-10-28T11:22:56Z 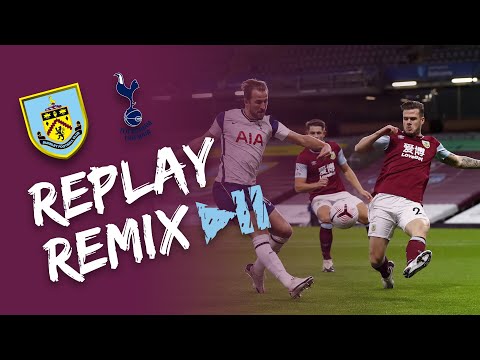