What Arsenal fans chanted at their former goalkeeper Emiliano Martinez on Friday evening has been revealed.

The weekend’s Premier League action would kick off on Friday evening as Arsenal played host to Aston Villa.

The Gunners have enjoyed a decent unbeaten run of late, though fans were no doubt slightly concerned that their side had to settle for draws vs Brighton and then Crystal Palace.

So, a win vs Aston Villa at the Emirates was very much needed to keep morale high on the red half of north London.

And, when all was said and done, it would be Mikel Arteta’s side who dominated and came out on top.

All of Thomas Partey, Pierre-Emerick Aubameyang and Emile Smith Rowe got on the scoresheet, with the latter of said trio also providing an assist on the evening.

All in the space of just 13 seconds 🤯

The man who would concede three goals vs Arsenal on Friday would be Emiliano Martinez.

The Argentine shot-stopper would impress at Arsenal during the second half of 2019/20 but was then sold to Villa the following summer.

Arsenal opted to keep Bernd Leno as their no.1 over Martinez, which did look to have been a mistake.

However, they have since signed Aaron Ramsdale who has been a real rock so far.

And, after getting one over on Martinez on Friday, Arsenal fans took the chance to troll the keeper, chanting the below at him:

“Aaron Ramsdale, he’s better than you.”

Quotes via the Birmingham Mail. 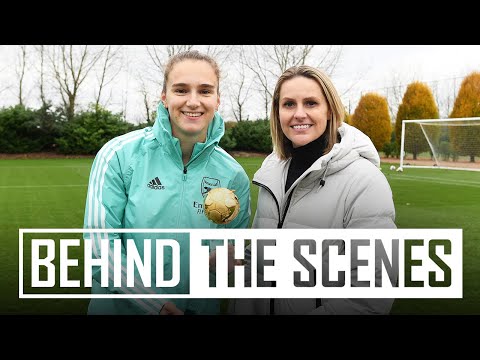