Said clash would see Chelsea and Tottenham face off at Stamford Bridge.

Recent form on the part of Chelsea means they are now all but out of the Premier League title race. However, it also means the Blues are in danger of dropping out of the top-four in the near future.

Chelsea began Sunday 3rd with 44  points from 23 games. However, Tottenham can actually overtake Chelsea if they were to win all their games in hand, making Sunday’s outing hugely important to both sides.

Chelsea dominated the first 45, but struggled to create any meaningful chances. Harry Kane then looked to have scored 39 minutes in, but the goal was disallowed as the Tottenham striker was adjudged to have fouled Thiago Silva in the build-up.

The first goal of the game then eventually came after 47 minutes when Callum Hudson-Odoi found Hakim Ziyech on the edge of the Spurs box, who curled a sensational effort past Hugo Lloris.

Chelsea then made it two less than 10 minutes later when Thiago Silva headed home a Mason Mount free-kick and that is how the tie finished, handing Chelsea some much-needed breathing space in the top-four race.

Here are four things 101 learned from the game.

The first talking point of the clash began before game had even kicked off.

Tottenham released their starting line-up an hour before kick-off, and it was an interesting one to say the least.

Regular starters Sergio Reguilon and Emerson Royal were on the bench, with Conte appearing to have prepped a 4-4-2 formation which saw Ryan Sessegnon and Matt Doherty operating as left and right-sided midfielders.

And, when all was said and done, it would be Tuchel’s tinkering that proved to be much more effective than Conte’s at the Bridge.

With Ben Chilwell sidelined, Thomas Tuchel has look to Marcos Alonso to fill the void left by the Englishman.

Given the Spaniard is well-suited to being a wing-back, it was expected Alonso would kick on and provide adequate cover for Chilwell.

However, Alonso had been putting on some pretty dismal showings of late and was then dropped on Sunday.

Tuchel would instead opt to use a 4-3-3 system with Malang Sarr at left-back. As the Frenchman is a centre-back and does not have the ability to provide an attacking threat similar to that of Chilwell and Alonso, Tuchel would change up his tactics to get around this.

Unusually for Chelsea under Tuchel, the Blues’ wingers on the day would be pushed very wide to provide width and attacking threat.

Chelsea would then have two 8s in the middle of the pitch in the form of Mateo Kovacic and Mason Mount, with Jorginho deeper in the 6.

The system worked much better than the 3-4-3 and 4-2-2-2 has for Chelsea in recent weeks, meaning Alonso’s place in the side could now be in doubt, as most people are well aware at this point that the Spaniard is not well-suited to having to sit back and defend often in a back-four like Sarr did vs Spurs.

One of Chelsea’s main issues of late has been finding the correct front-three.

However, Thomas Tuchel has struggled to find the perfect trident to get Chelsea back to winning ways.

And whilst there may still be some issues over who should start on the left or through the middle, Hakim Ziyech has surely nailed down that right-wing spot.

The Moroccan was one of Chelsea’s few bright sparks against Brighton last time out. And vs Tottenham on Sunday, Ziyech was again looking to pull the strings with some smart passing before scoring the opener on the day.

He is not always the most consistent option, but right now few will argue that Ziyech needs to be starting on the right for Chelsea going forward.

The display of referee Paul Tierney and the VAR officials on the day drew the ire of many fans during Chelsea vs Tottenham.

Firstly, Tottenham likely felt somewhat hard done by after Harry Kane had a goal disallowed for a push, which looked soft, on Thiago Silva:

Tottenham have the ball in the back of the net, but it’s been disallowed for a push by Harry Kane in the build-up! pic.twitter.com/m1PxdnIl54

On the Chelsea front, meanwhile, they were likely annoyed that Japheth Tanganga did not receive a red card in the first 45 following numerous fouls, most of which were on Callum Hudson-Odoi. 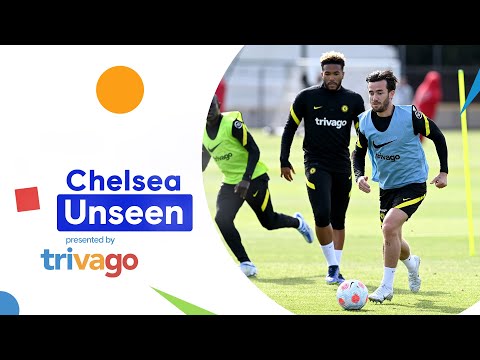 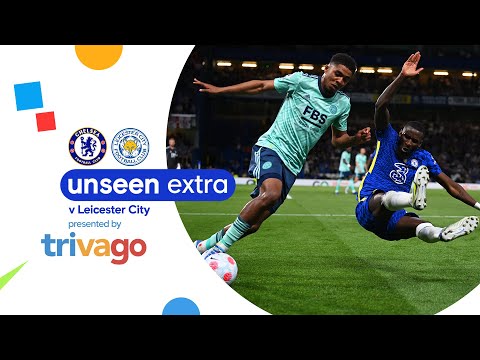 Frank Lampard to raid Chelsea academy once more this summer