Advertiser DisclosureWe want to bring you the best content and the best offers. Just so you know, we may collect compensation from the links on this page, and some of our reviewers are compensated for contributing content to this website.
Share with FacebookTweet on TwitterSend EmailCopy to Clipboard
A recent report from England has credited PSG with an interest in Tottenham's Harry Kane.

In 22 Premier League outings this season, Kane has managed to score 13 goals, to go along with 11 assists.

Such fine form year upon year, of course, deserves to be rewarded with silverware.

At present, however, the 27-year-old is yet to secure a single trophy in his career, with just one Champions League final under his belt.

Spurs are set to face Manchester City in the League Cup final later this year, but it is hard to see Jose Mourinho’s side getting one over on the Sky Blues, who recently hammered them 3-0.

So, if Kane does intend to bag some silverware whilst still in his prime, a move away from north London may be required.

It was claimed recently that Tottenham’s fans should be preparing themselves for at least one big-money sale in the summer, due to the Lilywhites’ financial struggles brought on by Covid-19.

In terms of players who could fetch a ‘big-money’ sum, at present, Spurs only really boast Kane and Heung-min Son.

And now, it appears that one of European football’s giants are eyeing up a potential swoop for the former.

According to the Mirror, former Spurs boss Mauricio Pochettino wants Kane at PSG, if one of Kylian Mbappe or Neymar depart the Parc des Princes: 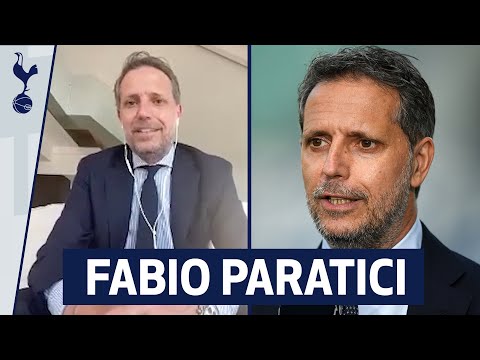 Antonio Conte opens up on decision to snub Tottenham