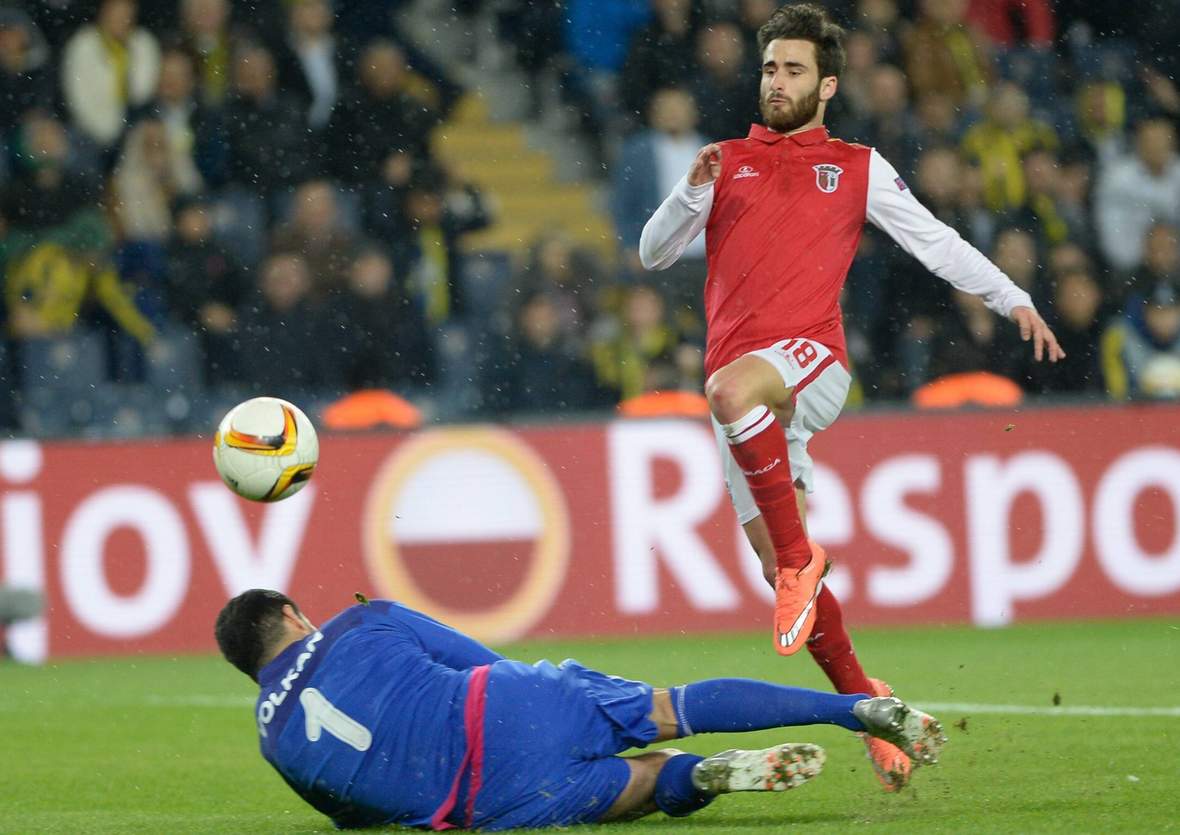 The crucial point in the A Bola article was the report that “there have been preliminary and official contact” between Liverpool and Braga over the 22-year-old Portuguese international.

Moreover, A Bola claim that this isn’t another “simple rumour”, suggesting readers should take the transfer rumour seriously.

Aside from the Scousers, Rafa Silva is on the radar of Man United, Porto, Everton, Real Sociedad and Valencia.

What seems obvious is that the player will leave Braga this summer. It’s been well documented that he has 20 million euro release clause in his contract. 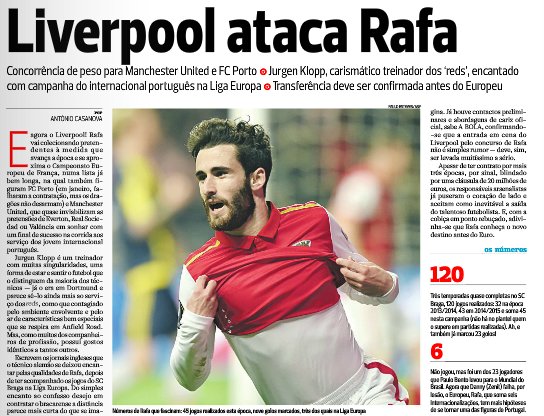 While A Bola are obviously plugging the Liverpool story today, previously the paper has claimed Rafa Silva could move to Man United (see the picture below).

Back in February, the paper said that supposed incoming Man United boss Jose Mourinho was keen on bring Rafa to Old Trafford.

Interestingly, Rafa is yet another client of super agent Jorge Mendes, who also represents the Special One. Indeed, Jorge Mendes owns 50% of the player’s economic rights, so he stands to pocket a large slab of cash should any deal go through.

Rafa has scored six goals in 27 league matches for Braga this season, as well as notching three goals and four assists for the Portuguese club in the Europa League in 2015-16.