Barcelona manager Ronald Koeman has confirmed that, after pushing for his signature during the summer, he remains keen on landing fellow countryman Memphis Depay.

Much was of course made of the frankly chaotic situation at the Camp Nou this past summer.

This, in turn, was followed by the exits of all of Arthur, Luis Suarez, Ivan Rakitic, Arturo Vidal and Nelson Semedo.

Captain Lionel Messi, on the other hand, despite making crystal clear his intention to move on, was eventually left with no choice but to stay put.

Lionel Messi will NOT be leaving Barcelona, we can confirm.

Here’s what he had to say: pic.twitter.com/NfnhGpZpXc

It would also be remiss not to mention Josep Maria Bartomeu, who, despite being the man behind Messi’s (forced) stay, maintains villain status amongst the Barcelona faithful.

A club statement this week even confirmed that a sufficient number of signatures have been collected to proceed with a vote of no confidence in the Blaugrana president.

‘A second Dutchman in the squad…’

Amidst all of the drama at the Camp Nou this summer, however, one talking point which went largely under the radar was the lack of additions to Ronald Koeman’s squad.

Despite a host of players who played significant roles for the Catalans last season having moved on, in terms of money spent, just Sergino Dest and Miralem Pjanic (who’s signing appeared more a combined ploy with Juventus to balance the books than anything else) made their way through the door.

Trincao also linked up with the La Liga giants, but his signature was secured back in January.

This is not to say that Barca were not linked with a host of potential additions, though.

Three players in particular – in the form of Eric Garcia, Gini Wijnaldum and Memphis Depay – were, at different points, all but expected to make the move to Catalunya during the summer.

In the end, however, evidently, a transfer for any one of the trio was not forthcoming.

But, as outlined above, if Ronald Koeman has his way, then the club’s chase of Depay, and potentially Wijnaldum, will not be coming to an end any time soon.

Speaking in an interview with NOS (as quoted by Goal) this weekend, the Barcelona boss was drawn on his interest in reuniting with Lyon wide-man Depay.

And Koeman was not exactly subtle with his response, going on to explain:

‘Hopefully, we will have a second Dutchman in the squad.’

The Dutchman also confirmed, meanwhile, that Liverpool midfielder Wijnaldum was a summer target:

When Ronald Koeman says he still wants to sign you for Barcelona 😁 pic.twitter.com/hfL5nyiIF1 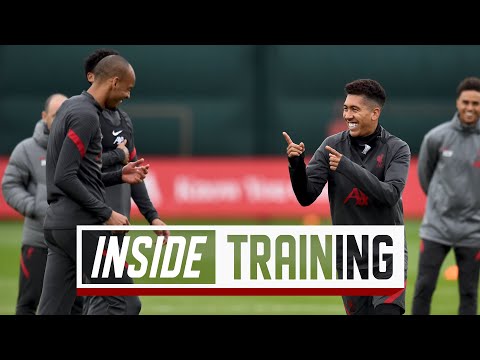