Premier League outfit Crystal Palace have, on Monday, sealed a deal for a fresh addition to the club's goalkeeping ranks.

The shot-stopper set to take his talents to Selhurst Park with a view to the 2022/23 campaign? Sam Johnstone.

Eagles fans will of course be fully aware of the long-standing links between their side and England international Johnstone. This comes with word having first come to the fore regarding negotiations over a summer move to the club a full month ago.

The 29-year-old is fresh off another fine campaign in the Championship, which saw him impress between the posts despite West Bromwich Albion's ultimately disappointing mid-table finish.

In turn, upon Johnstone making clear his intention to move on upon the expiration of his contract later this month, it came as little surprise to see a number of top-flight clubs quickly express an interest in his signature.

It is Palace, though, who have since swooped in decisive fashion.

As per a report from The Athletic, the capital outfit have struck an agreement with Johnstone over the terms of a contract, through the summer of 2026.

The ex-Manchester United talent, in turn, is primed to link up with Patrick Vieira's squad for pre-season towards the end of the month.

Johnstone is expected to immediately stake his claim for the no.1 position at Selhurst Park, ahead of a battle with current first-choice Vicente Guaita for starting duties.

Jack Butland, as a result, looks set to slip ever further down the Eagles' pecking order, to the 3rd-choice option between the posts. 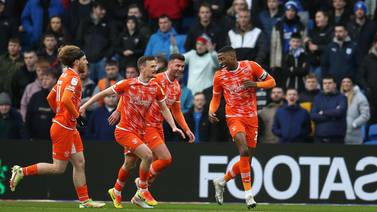