In this article we will bring you all of today’s Liverpool transfer news. Make sure to check back to the site for more daily transfer updates throughout the summer.

Said players, on paper, do seem like adequate replacements for Jack Grealish, who has now joined Manchester City on a permanent basis.

However, it appears Villa are not done targeting attack-minded players this summer.

And when Norwich City reporter Connor Southwell of the Eastern Daily Press was asked by the BM about Norwich’s stance on a Cantwell sale, it was fairly positive news for Villa:

Norwich will sell if a suitable bid comes in. Part of their model is to buy cheap or develop talent and sell high. As a self-sustainable football club, player trading is intrinsic to keeping themselves afloat.

It is not just up top were Villa look to be eyeing reinforcements though, with Dean Smith and co. said to be closing in on a deal for a centre-back.

Axel Tuanzebe had found himself linked with a move to Newcastle United of late.

But now though, it is being reported that Aston Villa are close to signing Tuanzebe on loan from Manchester United.

Finally, recent events may mean that Villa’s pursuit of James Ward-Prowse this summer is dead in the water.

The Midlands-based outfit have already made one bid for Ward-Prowse, with it expected that they would lodge a second bid soon.

Now though, Southampton boss Ralph Hasenhuttl has confirmed that JWP has a knee issue and is a doubt for the opening weekend of the Premier League season.

And whilst the extent of the injury is not confirmed, if he is sidelined for several weeks, it is of course unlikely that Villa would be able to get a deal done before the transfer deadline on August 31st. 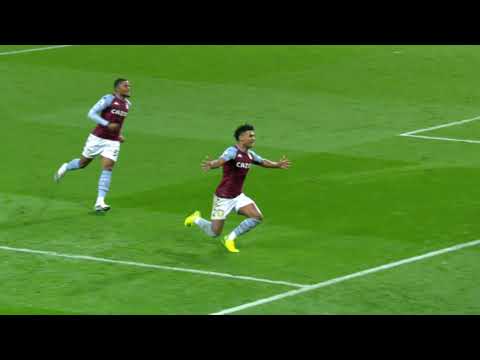