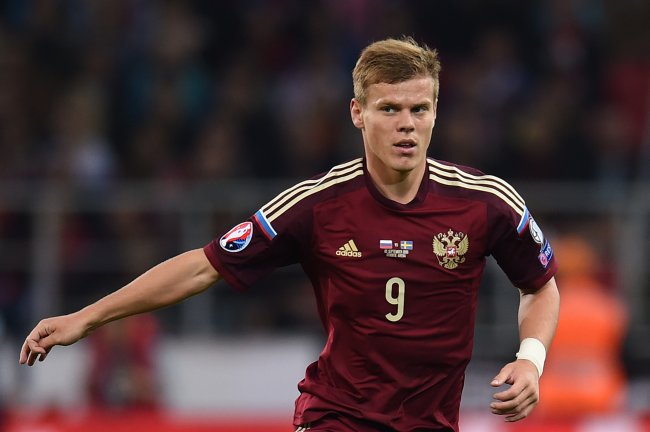 Fresh from winning 3-0 at Watford on Saturday, Gunners fans wake up on Sunday morning to find their club linked with a possible transfer this winter.

Dynamo Moscow forward Aleksandr Kokorin has been repeatedly linked with Arsenal in recent times, and the Sun today report that Arsene Wenger will table a £7 million bid for the Russian international in January.

The story will be music to the ears of Arsenal fans who are starting the believe their club could really challenge for the title this season.

The Gunners haven’t won the Premier League since 2004.

On the Kokorin story, the Sun note that Arsenal are planning to launch their second attempt to land the 24-year-old.

We recently reported on a couple of articles in the Russian media in the past few weeks, which have confirmed that Arsenal did indeed table an offer for Kokorin in the summer.

There were substantial discussions on Kokorin, but it did not happen. We vetoed a loan. I believe that Alexander deserves more than a loan.

Secondly, Sportsdaily.ru have garnered quotes from Kokorin’s agent Cyril Loginov, who has also confirmed Arsenal’s previous interest in his client:

There was a proposal, it was examined and refused. If I am correctly informed – it was absolutely correctly refused.

Footage of Aleksandr Kokorin in action is below.