All of a sudden Arsenal keep on being linked to Bayern Munich.

Over in France Football, the Gunners are loosely connected to Polish forward Robert Lewandowski, after he admitted his idol was Thierry Henry, while the striker also opened the possibility to a move to the Premier League.

German paper Bild have spun a different link between the Gunners and the Bavarians. 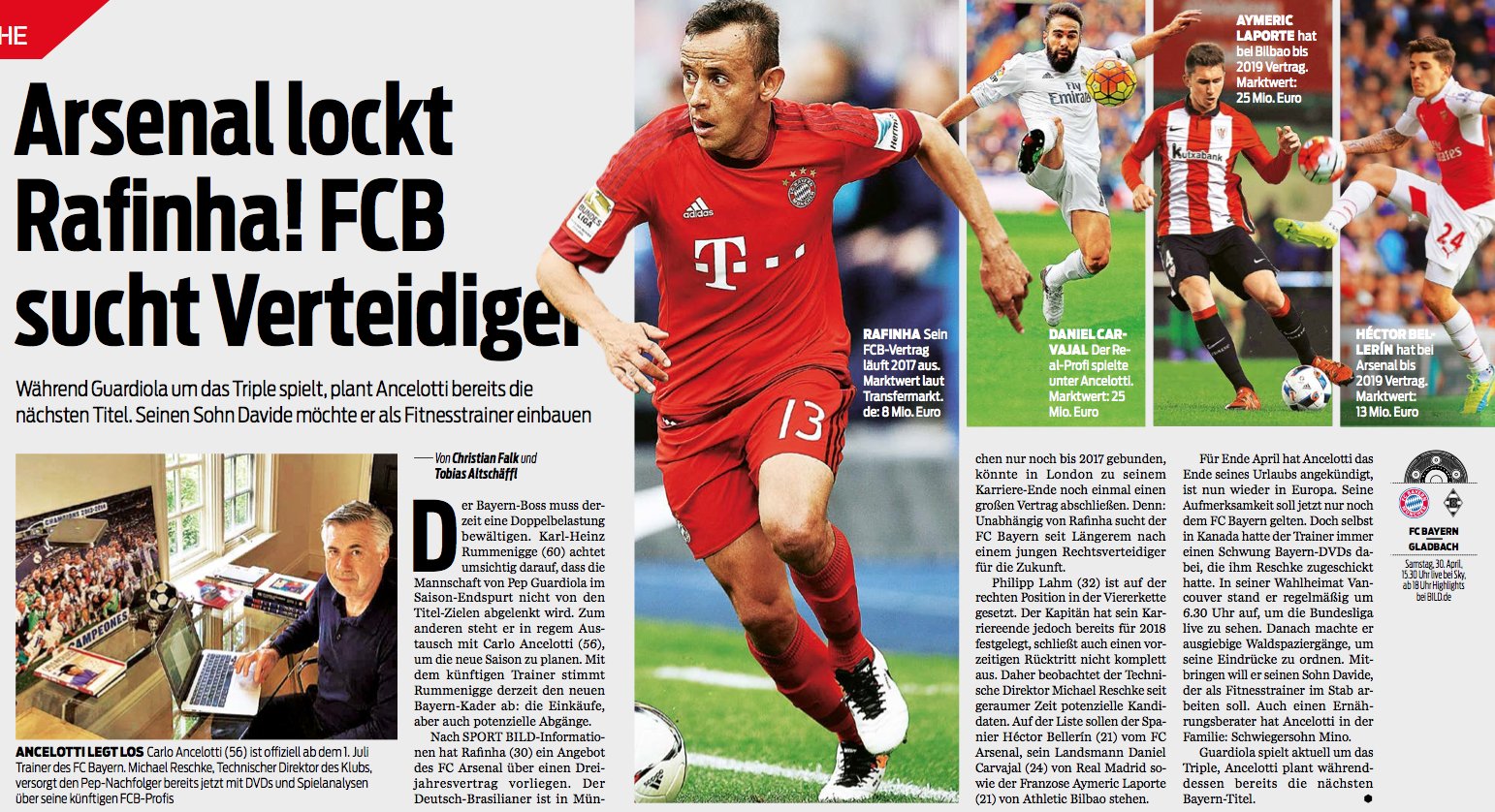 According to their sources, Brazilian full-back Rafinha is now on the viewfinder of Arsene Wenger, and the 30-year-old is being offered a 3-year deal to swap the Allianz Arena for the Emirates Stadium.

Rafinha has one year left on his current Bayern deal, meaning a transfer this summer is likely if Bayern hope to get any money for the South American.

But does the transfer make much sense from an Arsenal perspective? Hector Bellerin is firmly established as the number one right-back at the club, so unless Rafinha is OK with being a benchwarmer in north London, this deal may not be the right fit.