Brighton boss Graham Potter has provided a fitness update on the club’s squad, ahead of their return to Premier League action this weekend.

The Seagulls are set to get their campaign back underway on Sunday evening, with a visit to Selhurst Park.

Brighton will head into proceedings having endured an altogether peculiar opening to the campaign.

Potter’s men, to this point, have managed to pick up just 3 points from their first 4 league outings. However, this haul doesn’t really do the seaside outfit justice.

They have already had to face all of Chelsea, Manchester United and table-toppers Everton, and no doubt counted themselves extremely unlucky to have come away from the former two fixtures with nothing to show for their efforts.

As for Crystal Palace, a promising start to the season, which saw the Londoners bag maximum points from their first two outings, has since been followed by a pair of defeats.

The latest of these came in concerning fashion, with Roy Hodgson’s men having been downed by 4 goals to nil at Stamford Bridge.

As such, ahead of his side’s trip to Selhurst, Graham Potter is no doubt quietly confident in the club’s chances of getting one over on Palace.

And, in anticipation of the upcoming clash, the Brighton boss this afternoon provided a fitness update on his squad.

The key news for fans of the Seagulls came in the form of the latest on Tariq Lamptey, who has been in stellar form to this point in the campaign.

The former Chelsea starlet’s participation on Sunday, however, is far from assured:

‘Lamptey (hamstring) has trained today and we’ll see how he responds to that.’

‘Izquierdo has been training and we may see if he can get some more action for the U23s this weekend. Propper has trained this week too – we’ll make a decision over the weekend.’

Aaron Connolly, meanwhile, also appears to be a doubt to feature versus Palace, having picked up a problem whilst on international duty with the Republic of Ireland:

‘Connolly had a knock last night, so we’ll have to see how he recovers. The South American lads are on their way back without any major concerns.’ 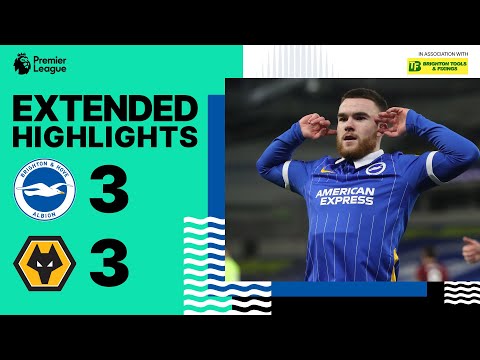