Home » News » Social » What happened at Man United? Angel di Maria stars as Chelsea crash out of the CL [Tweets] 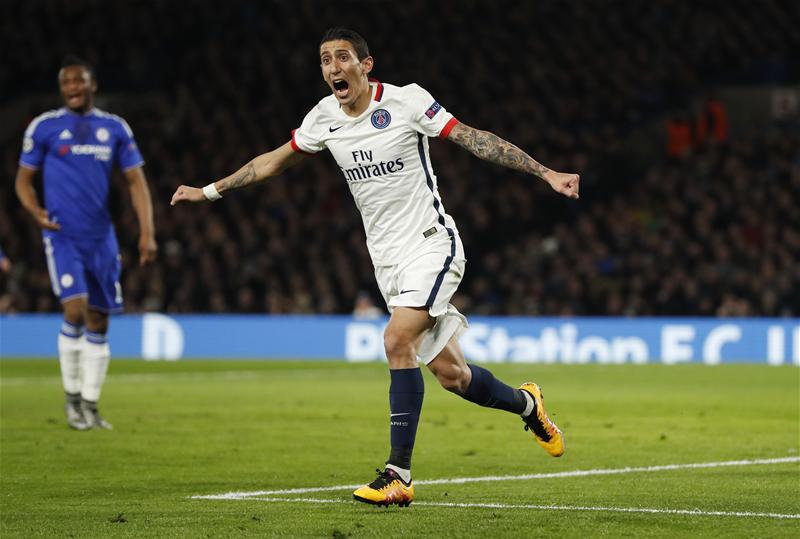 How the hell did Angel di Maria not succeed at Manchester United?

On Wednesday night, at Stamford Bridge in the Champions League, the Noodle was top class.

Both PSG goals against Chelsea involved the Man United flop.

Angel di Maria threaded a fine pass to Zlatan Ibrahimovic on the right hand side of the Chelsea box, the Swede played a square pas into the mixer, where Adrien Rabiot finished at the back post.

But just before the half hour mark Chelsea levelled.

Pedro won the ball off Thiago Motta in midfield, he partner with Willian to advance the ball forward, and when the ball arrived to Diego Costa he turned Thiago Silva inside-out before finishing.

PSG regained their lead midway through the second half when Di Maria swung in a perfect delivery to Ibra, and Zlatan volleyed the ball home from close range.

Hit if you think Man Utd should have kept hold of Di Maria. pic.twitter.com/K2nHGiUJfr

Could watch Di María play all day long, such an imaginative footballer, you never know what his next move is. Delightful to see once again.

Di Maria is the sort of player United should have signed…

Di Maria now looking the world class player he always was only one club could ruin his career. .

So proud of the lads. This #PSG side never ceases to amaze me this season. The Di Maria signing in particular has took us up a level.#CHEPSG

Angel Di Maria..never wanted to be at Manchester United he was parked up waiting for Platini to relax FFP rules.
Get over it!

Chelsea lucky it's Di Maria, and not someone really good like Jesse Lingard or Memphis or this could be floodgates