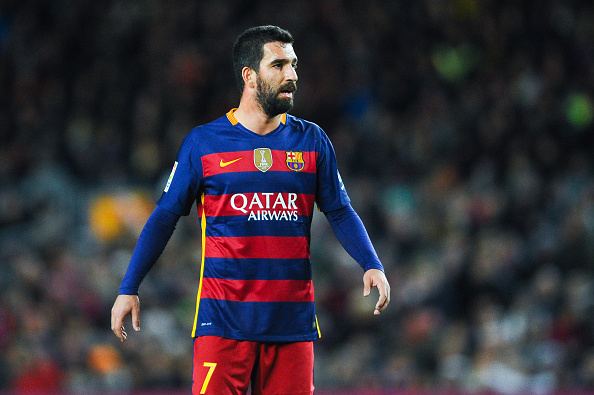 Turkish star Arda Turan has spoken to Spanish paper Diari Ara this week, and the Barcelona midfielder described how Arsenal were his plan B if a move to the Camp Nou never materialised.

Responding to a question about when he knew he was going to sign with Barcelona, Arda Turan made the following comment:

I felt that I would sign for Barca. In all honesty I used to think, ‘If I play very well I will end up signing for Barca, because my style fits into this team. If I play well, I will end up at Arsenal’.

While Arsenal may be third in the current Premier League table, and having been turfed out of the Champions League by Barca, their fans are still unhappy with Turan’s disparaging quote.

Gooners are upset that their club have been made to look second rate. Is that because the truth hurts?

Turan has gone on to make 14 appearances for Barca this season, scoring twice.

Tweets from Arsenal fans on the Arda Turan quotes are below.

Whys @ArdaTuran firing shots at Arsenal? He is a just poor mans Arshavin.

@HeartBleedsAFC @barcastuff @TheGunnersWay Angry, dumb Arsenal Fans He has started in 12 of 17 matches since his debut in January….

@barcastuff Lmfao lad would only get in our team because our RMs are crap.

Arda Turan is a piece of garbage. As if we want that red card merchant near our club

Arda Turan is a fucking snake, hope he rots away on the Barca bench and loses every bit of his footballing abilities like Fabregas did.