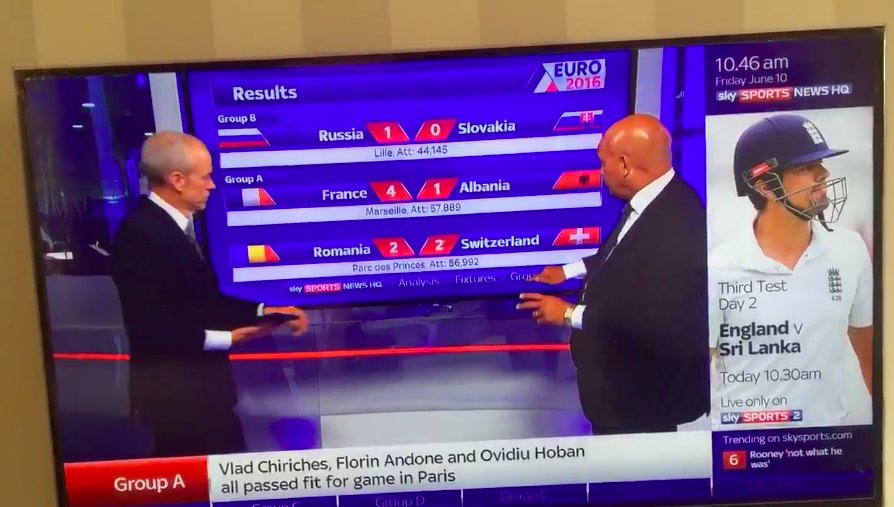 Sky Sports have left themselves open to claims that they’ve got inside knowledge of match-fixing at Euro 2016.

The broadcaster were previewing today’s matches at France.

Get your bet in!

According to the information splashed on Sky Sports, the results of today’s games will be as follows:

Should those three results all come in, punters will scoop a huge amount of cash.

As you can see, fans have jumped on the Sky tip-offs to put money on those games.

Watch the footage from Sky Sports below.