Rangers manager Steven Gerrard has, on Friday, spoken out over his persistent links to the managerial post at Newcastle United.

Bruce on the way out

The subject of the bench at St. James’ Park has of course taken centre stage in the headlines over the last week.

This comes on the back of the long-speculated takeover of Newcastle finally being pushed over the line last Thursday evening.

After a lengthy dispute over broadcasting rights was settled in the country, the Saudi Arabian Public Investment Fund, backed by a jaw-dropping £320 billion fortune, agreed to purchase long-time Magpies owner Mike Ashley’s majority stake in the club:

The vast majority of those associated with Newcastle, in turn, have since made their excitement clear regarding the prospect of things to come.

For one high-profile individual on Tyneside, however, news of the changing of hands at the club has marked something of a blow.

The man in question? Steve Bruce.

On the back of widespread speculation that his position was under immediate threat following Ashley’s departure, word was forthcoming last weekend that Bruce is now ‘on the brink’ of being relieved of his spot on the bench at St. James’.

Rumours, as a result, have since begun to fly regarding just who will be chosen by Yasir Al-Rumayyan and co. as the man to replace Bruce, and oversee a potentially prosperous new era in the North East of England.

The likes of Antonio Conte and Frank Lampard have been tipped for the post, though Everton boss Rafael Benitez has seemingly ruled himself out of the running.

And, as outlined above, on Friday evening, yet another tactician named as a Magpies target has spoken out over his mounting links to Tyneside – Steven Gerrard.

During his pre-match press conference ahead of a league showdown with Hearts on Saturday, Rangers’ boss was inevitably drawn on the chances of him replacing Steve Bruce, and taking up his first Premier League post in the process.

Gerrard, however, was keen to play down the possibility, assuring that he remains fully committed to the project at Ibrox, whilst reiterating his considerable respect for the man currently in charge at St. James’:

‘I don’t really react, or get involved in any kind of speculation, especially when there is someone who I have the utmost respect for sitting in that job, that the speculation is about.’

‘For me, I am in a very big job and a very big role here that I am very much fully focused on.’

‘We have got a top of the table clash at the weekend and it’s a game I’m very much looking forward to.’

‘I’ve certainly got one eye on Newcastle, in terms of watching Brucey get his 1000th game. He’s a great character of the game, someone who I’ve got a personal relationship with, and have the utmost respect for.’

‘I’m really looking forward to seeing him get his 1000th game. I think it’s a mammoth achievement.’

‘Sitting in this position, I certainly wouldn’t like anybody to be speculating about my job, so I certainly won’t be getting involved in any of the speculation towards his.’

‘I think it’s interesting what is happening at Newcastle, I think if anyone deserves a break it’s the Geordie fans, so I’m sure excitement levels are very high on the Toon.’

‘I’m sure everyone involved with the game is looking on with interest to see how it develops, but from a personal point of view I don’t really get involved in speculation and I wish Steve all the best.’ 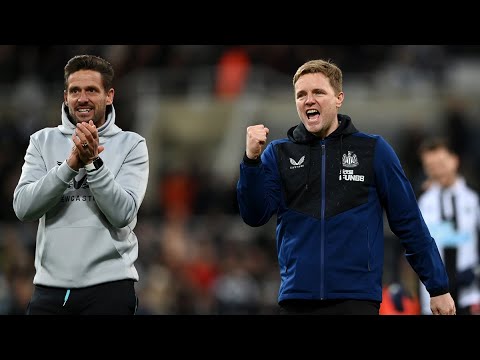 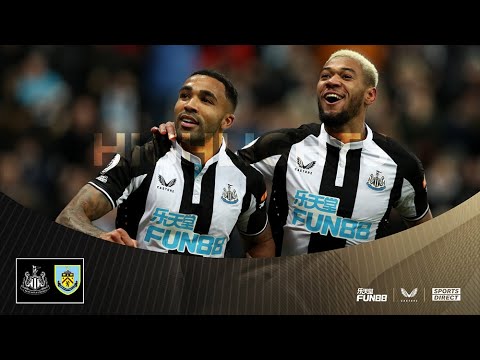