No rest for the weary

Tottenham Hotspur sit joint-top of their Europa league group following two wins and a defeat, level with both LASK and Antwerp.

A 1-0 defeat to the Belgian side means that Jose Mourinho may be forced into fielding a stronger side than he may have liked ahead of a crunch Premier League meeting with Chelsea at the weekend.

The Blues rested a number of their first-team squad en route to securing a spot in the knockout stages of the Champions League with a 2-1 win in France against Rennes this week.

In turn, Jose Mourinho was asked in his pre-match press conference if his XI versus Ludogorets is likely to be a strong one, considering the tight nature of their Europa League group:

“Every game in the Premier League is important and since the moment that we were in the Europa League we knew we were to always play on the Thursday,” said the Portuguese coach.

“In the Champions League they have the option of the Tuesday or Wednesday and in that case they were lucky this week that the draw gave them a Tuesday match that will allow them to prepare for the match on Sunday. Eventually I don’t know if they gave them a day off but plenty of time to work.”

“The next match is not even Chelsea, it’s Ludogorets and we of course already have a defeat in the group stage and we need to win the match tomorrow. We have to focus on that match and then after that we will focus on Chelsea.”

Chelsea will have significant time to rest, though they did travel abroad for their Tuesday night outing. Spurs, on the other hand, are set to host the Bulgarian club.

The injury picked up by Toby Alderweireld last weekend came as a huge blow for Spurs, who have looked defensively solid of late. Joe Rodon was brought on in place of the Belgian to see out the game against Manchester City.

STOKE-ON-TRENT, ENGLAND – JANUARY 25: Joe Rodon of Swansea City applauds the fans at the final whistle during the Sky Bet Championship match between Stoke City and Swansea City at the Bet 365 Stadium on January 25, 2020 in Stoke-on-Trent, England. (Photo by Athena Pictures/Getty Images)

“I will not play the same team I played against Manchester City. Of course I’m not going to. There are different reasons for that. Of course the accumulation of matches is a problem. The Toby injury has a relation with an accumulation of minutes,“ Mourinho continued.

“It’s also about players that work a lot. They’re not starting matches and they deserve to start. Ben Davies has to start. He didn’t play Sunday, he plays tomorrow.

Just as an example, good players, good professionals. Working very hard for the team. I consider them first options. So between Sergio and Ben, they are first options. So of course after Sergio played on Sunday it’s normal that Ben is going to play tomorrow.”

Spurs will travel to Stamford Bridge at 4:30pm on Sunday, hoping to maintain top spot in the Premier League table.

Solskjaer left frustrated by Greenwood’s England call-up: “He should have been rested” 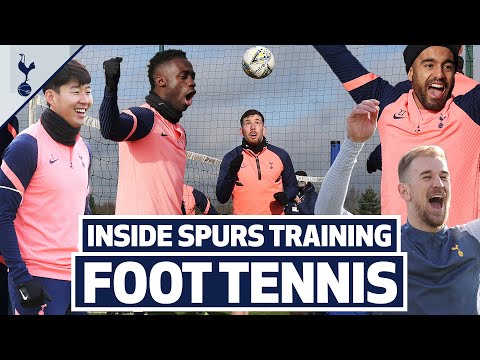 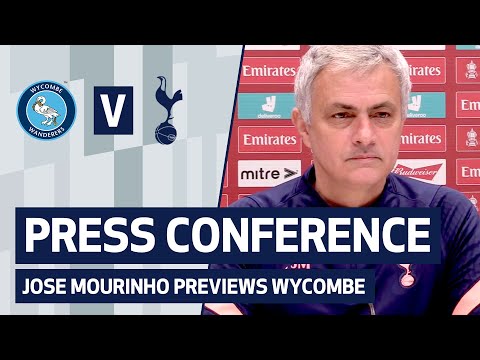