An insight into who Manchester United could be set to appoint as their interim manager following the sacking of Ole Gunnar Solskjaer has been provided.

Manchester United would sack Ole Gunnar Solskjaer on Sunday following an embarrassing 4-1 defeat at the hands of Watford on Saturday.

Solskjaer leaves the Red Devils languishing in mid-table in the Premier League, with their place in the Champions League knockout rounds also not secure yet.

For the time being, Manchester United have put Michael Carrick, previously a coach under Ole, in charge of the squad till an interim boss is named:

Michael Carrick will now take charge of the team for forthcoming games, while the club looks to appoint an interim manager to the end of the season.

Now, as mentioned above, an insight into who Manchester United are looking at the become their interim boss has been provided.

As per Fabrizio Romano citing Jamie Jackson, Manchester United’s board have had direct contact with Ernesto Valverde on Tuesday.

The Italian reporter adds that Valverde would only be considered as an interim option in the case the club cannot appoint a permanent manager right now:

…to be clear, Ernesto Valverde would only be considered as ‘interim’ option – in case Manchester United won’t be able to appoint a permanent manager right now like Pochettino or Rodgers. 🔴 #MUFC

Valverde’s last job would see him manager FC Barcelona from 2017 to 2020. Can he be the man to steady the ship in Manchester and help salvage what has so far been a very poor season for the Red Devils? 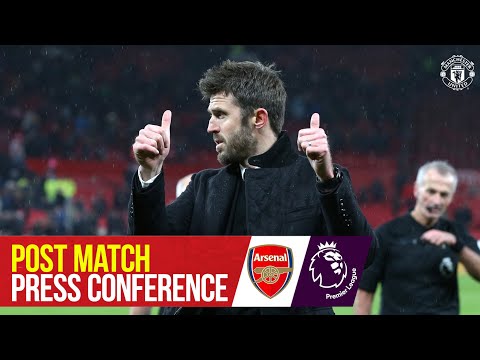