Liverpool boss Jurgen Klopp has written a letter to supporters of the club, urging them to respect social distancing guidelines whilst celebrating the club’s recent title.

The Reds have of course enjoyed a historic campaign to this point, during which they have dropped points in just 3 of their 31 league outings.

This, coupled with the drastic fall-off of previous champions Manchester City, meant that, for some time, it was viewed as more of a case of when, rather than if, Jurgen Klopp’s men would bring their 30-year wait for domestic glory to an end.

As such, when Liverpool pulled 23 points clear of 2nd-placed City with 7 games to play last Wednesday, all eyes turned to Stamford Bridge 24 hours later.

Pep Guardiola’s visitors headed to London aware that anything other than 3 points would see the Citizens officially replaced as Premier League champions.

And, when all was said and done, this was precisely what unfolded.

Goals from Christian Pulisic and Willian saw City downed, and Liverpool finally add their name to the list of Premier League title winners.

The celebrations on the back of the Reds’ title being confirmed, meanwhile, have since proven expectedly wild.

All associated with Liverpool, in the form of fans, staff and players alike, have allowed 3 decades worth of pain to come flowing out.

I only came down for breakfast…!!! @LFC pic.twitter.com/uJbbj9acFU

As is so often the case, however, a small minority of those involved have taken things a step too far.

The scenes on the streets of Liverpool late last week proved, at times, ridiculous, with social distancing guidelines having gone out the window, and some of the city’s most historic buildings used as firework targets:

Liverpool fans trying to say it was a ‘stray firework’ that set fire to the Liver Building oh yeah cos that’s not aimed at the building at all pic.twitter.com/P6IH0d6Rgu

They’re true scousers, who love Liverpool. The fireworks hitting the liver buildings were all strays too pic.twitter.com/L1o9daBVPV

And, as outlined above, such actions have today seen Jurgen Klopp forced to reach out to his side’s fanbase.

In an open letter posted across Liverpool’s website and social media platforms, the Reds boss pleaded with the club’s supporters to limit social gatherings, and only celebrate ‘in a safe way’.

An excerpt of the letter can be seen below:

‘I am a human being and your passion is also my passion but right now the most important thing is that we do not have these kind of public gatherings.’

‘We owe it to the most vulnerable in our community, to the health workers who have given so much and whom we have applauded and to the police and local authorities who help us as a club not to do this.’

‘Please – celebrate – but celebrate in a safe way and in private settings, whereby we do not risk spreading this awful disease further in our community. We owe it to ourselves and each other to do what is right and at this moment that means being together and being there for one another by being apart.’

‘When the time is right we will celebrate. We will enjoy this moment and we will paint the city red. But for now, please stay at home as much as possible.’

In addition to his plea to the Liverpool faithful, Klopp also saw fitting to pay tribute to a pair of club legends in his letter.

The two former Reds in question come in the form of Kenny Dalglish and Steven Gerrard, with Klopp having continued:

‘Sir Kenny Dalglish is the soul of this club. His understanding of what Liverpool is and what it means to the people is vital to everything that we do.’

‘Steven Gerrard is the legs. He carried the club in so many ways as a player and there is no one who deserves this title more than he does.’

Jürgen Klopp wrote the following open letter to supporters in Monday’s edition of the Liverpool Echo. 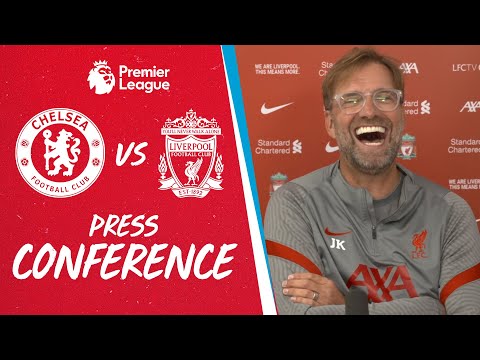 Jürgen Klopp's pre-match press conference | Chelsea vs Liverpool
Watch live as the Reds boss speaks to the media ahead of his side's…
2020-09-18T11:21:13Z 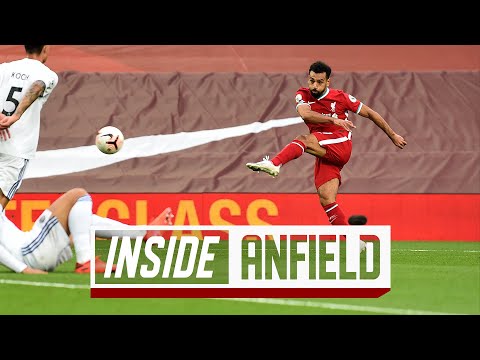 Liverpool closing in on move for Bayern Munich’s Thiago

Liverpool willing to sell Rhian Brewster ‘if offer is right’