Rodgers’ men, as things stand, of course represent one of the Premier League’s most in-form sides.

The Foxes have continued to defy the odds over recent weeks, having remained unbeaten across their last 7 outings, a stretch which includes a quartet of consecutive wins.

On the back of their latest 3-point haul picked up versus Chelsea on Tuesday, Leicester even moved temporarily into top spot in the English top-flight table.

What has proven even more impressive than their recent string of results, though, have been the performances on the part of the King Power outfit.

Leicester look a genuine top side at present, with the likes of James Maddison, Harvey Barnes and James Justin continuing to shine.

‘Out for a few weeks’

Another key contributor to the successes being enjoyed by the Foxes of late, meanwhile, has of course been Jamie Vardy.

The 34-year-old has long stood as one of the Premier League’s most lethal finishers, with his haul of 11 goals and 5 assists to this point in the campaign proof that Vardy is showing no signs of slowing down any time soon.

As such, today’s news regarding the ex-English international’s fitness will no doubt come as a major blow for all associated with Leicester.

LEICESTER, ENGLAND – NOVEMBER 08: Jamie Vardy of Leicester City during the Premier League match between Leicester City and Wolverhampton Wanderers at The King Power Stadium on November 8, 2020 in Leicester, United Kingdom. Sporting stadiums around the UK remain under strict restrictions due to the Coronavirus Pandemic as Government social distancing laws prohibit fans inside venues resulting in games being played behind closed doors. (Photo by Matthew Ashton – AMA/Getty Images,)

Speaking in a press conference ahead of his side’s upcoming meeting with Everton, Brendan Rodgers was asked for a fitness update on his squad.

And the Northern Irishman went on to confirm that Vardy is set to be ruled out for several weeks, ahead of being forced under the knife to fix a long-standing hernia problem:

‘Jamie Vardy will be out for a few weeks. As you know, we’ve been managing him over this last number of months, and he’s been absolutely fantastic.’

‘It’s one that doesn’t keep him (Vardy) out for too long, but it’s just a repair in and round that hernia area. It’s one we feel he can’t really put it off much longer.’

‘We have a window now that allows him to have a minor operation on his hernia and then he’ll be back within a few weeks. He’ll be out for that period.’

“Jamie Vardy will be out for a few weeks.” 💬 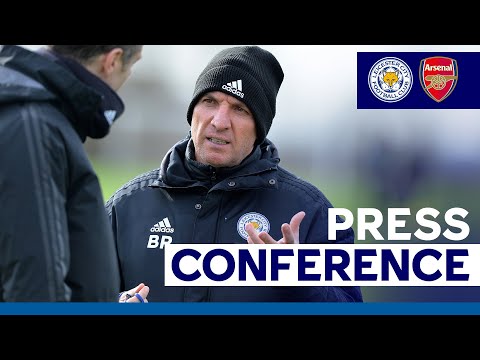 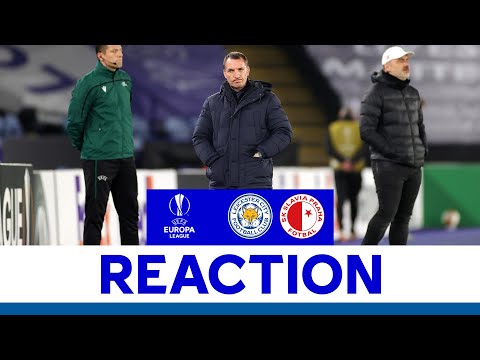