Frank Lampard has recently been discussing the prospect of facing off against former teammate and current Aston Villa coach John Terry.

Following a three-month break, Chelsea are finally set to resume their 2019/20 campaign this weekend.

The Blues face a trip to Villa Park on Sunday afternoon, to take on Aston Villa.

Dean Smith’s side would resume their season earlier in the week, playing out their game in hand vs Sheffield United.

The Lions managed to hold out for a draw, which actually helped out their upcoming opponents.

Chelsea began the weekend 4th in the Premier League table, and after three of the chasing pack (Sheffield United, Manchester United and Tottenham) dropped points, Sunday’s tie represents a superb chance for the capital giants to further extend their advantage in the race for 4th.

During the presser, Lampard was drawn on the prospect of facing off against an ex-teammate.

John Terry and Lampard spent over a decade on Chelsea’s books together, winning a host of trophies along the way.

However, the former is now the assistant head coach at Villa, with Lampard having confirmed that he is looking forward to facing off against Terry this weekend:

“Always good to see him, we’ve had a couple of messages, not related to the game, but we’re always in touch with each other.

“It’s always go up against JT, huge respect for him obviously from our career together and the fact that we’re friends. And obviously I have great respect for Dean Smith as well.

“So we’re friendly but we both have big things at stake in these games.

“We’re in that battle and we’re very honest about it. We need to be at our best to amass enough points to get us there.

“There’s always this kind of jeopardy, it’s about how we focus on the job in hand.” 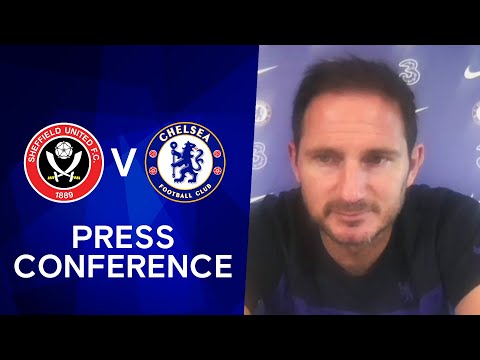