Lionel Messi and co. faced off with Colombia, aiming to maintain second spot in the South American qualifying group.

Brazil are currently top on 18 points, with Ecuador right on the heels of Argentina in 3rd place.

Colombia, meanwhile, were down in 6th before kick-off on Wednesday, and needed a win to regain some ground.

The game began pretty well for Argentina, who took a two-goal lead after just eight minutes thanks to efforts from Cristian Romero and Leandro Paredes.

However, Colombia fought back, and were eventually able to secure a point thanks to a 94th-minute header from Miguel Borja.

Both of Colombia’s goals came after Argentina and Aston Villa goalkeeper Emiliano Martinez was forced off the pitch.

The Villans star was challenged by Yerry Mina late in the first 45, which resulted in him landing heavily, slamming the back of his head and neck on the pitch.

Martinez was treated for over 5 minutes, and though he seemed willing to carry on, the shot-stopper was eventually stretchered off.

Now, Martinez has moved to provide an update on his wellbeing:

“I’m better, it was a strong hit but the doctors did their job.

“Obviously I wanted to continue playing, the anger of being taken out, and I found out that they drew at the end.

“They took me out because I lost consciousness a little; I hit the back of my neck hard but the crying and the anger was because it was my second match with the national team and I didn’t want to be substituted.

“But the doctors did their job.” 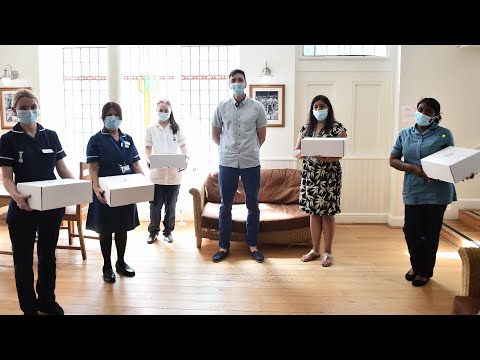 Why Kane and Grealish transfers may rumble on all summer

Leicester spare Chelsea’s blushes: How the race for Champions League football played out on final day of Premier League season

Why N’Golo Kante is missing for Chelsea vs Aston Villa