Everton will return to action this coming Sunday.

The Toffees face a trip down south to take on Fulham, as they aim to get the club’s season back on track.

Carlo Ancelotti’s men enjoyed a stellar start to the campaign, which saw them shoot to the top of the Premier League table.

However, on the back of a draw with Liverpool in the latest Merseyside derby, Everton’s form has since taken something of a nosedive.

In fact, the Blues have lost their last three league outings, the latest of which saw them downed 3-1 by Manchester United.

As for Fulham, they have picked up just one league win this term, which came against fellow strugglers West Brom.

As such, Carlo Ancelotti will no doubt be keen to use Sunday’s clash as a starting point to rebuild his side’s confidence, and get a much-needed three points on the board.

As well as being presented with a fairly handy fixture this weekend, meanwhile, the Toffees’ team news in the buildup to the Craven Cottage showdown has also been pretty promising.

Carlo Ancelotti held his pre-Fulham presser on Friday, in which he provided updates on several players.

Reports early in the week revealed that Allan had picked up an injury whilst playing for Brazil.

However, Ancelotti has since confirmed that all of Everton’s South American stars returned on Thursday, without any noteworthy problems:

“The players from South America came back yesterday [Thursday]. “They were okay, they tested negative [for COVID-19]. They trained on Friday. It seems they don’t have problems.

“They are quite fit, a little bit tired from the travel, but we have time to recover until Sunday. To have one more day to recover is really important, especially for the players who only arrived back [from international duty] on Thursday.”

One of the Toffees’ stars who is set to miss out this weekend, though, is captain Seamus Coleman:

“We have Seamus Coleman unavailable for this game and Gbamin, but the others are in good condition.”

🗣️ | Carlo with team news ahead of #FULEVE…

Coleman and Gbamin are unavailable, but Richarlison, Allan and Delph are all fit. 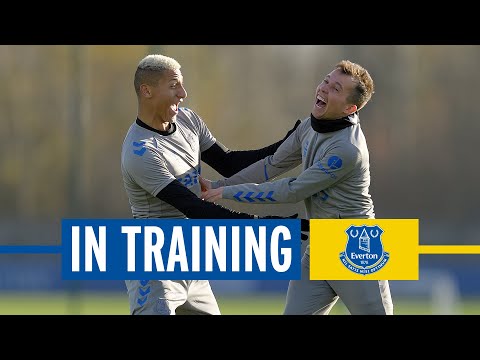 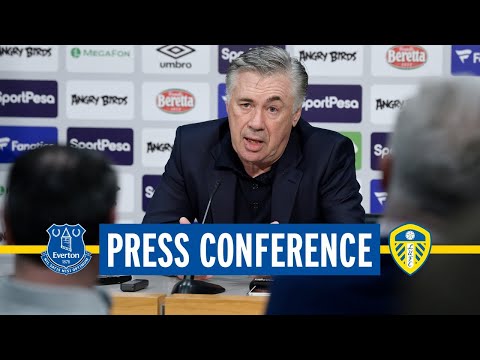