There have been a fair few issues at Tottenham over the last year or so, with one of the biggest having come in the form of a lack of creativity on the pitch.

For many years, Christian Eriksen stood as the Lilywhites’ main creative outlet.

The Dane, of course, excelled in this area, and played a key role under Mauricio Pochettino – who turned the north Londoners into a consistent top-four Premier League club, as well as guiding Spurs to the 2019 Champions League final.

However, Eriksen has since moved on, and Spurs are yet to bring in a like-for-like replacement.

All of Giovani Lo Celso, Tanguy Ndombele, Gedson Fernandes and Pierre-Emile Hojbjerg have arrived to reinforce Tottenham’s midfield ranks over the last year or so.

However, none of that quartet really excel in an attacking midfield role, or as a key source of creativity.

Lo Celso and Ndombele are no doubt viewed by Jose Mourinho as the players expected to create chances from his midfield.

But the latter is seemingly still not capable of seeing out 90 minutes of football, whilst Lo Celso has put on his better displays in a Spurs shirt from a deeper role.

This, of course, leaves the Lilywhites without a real no.10.

Dele Alli is, obviously, an attacking midfielder. But the 24-year-old has not been at his best for some time now, and appears to have fallen out of favour under Mourinho, with a move to PSG even touted of late.

With no true no.10-type player among their ranks, Mourinho’s Tottenham have often struggled to create chances and, all told, simply haven’t appeared to have a consistent attacking plan in place.

Spurs do find some joy in creating chances when hitting teams on the counter-attack.

But, for the most part, their link-up play, and ability to both move the ball up the pitch quickly to break down deep-lying opposition, is sub-par.

This, though, is where Harry Kane can come in.

Against Southampton over the weekend, Kane put on a display which any world-class playmaker would be proud of.

The Englishman provided all four assists for Heung-min Son against the Saints.

4 – Harry Kane has assisted all four of Son Heung-Min’s goals against Southampton today – the first time in @premierleague history one player has assisted another four times in a single match. Fabulous. pic.twitter.com/EloGFWjEyE

These assists, though, were not just simple passes across the box for tap-ins, they were true quality balls from all over the pitch.

Kane’s first, after some solid work from Ndombele to beat the press, saw the hitman whip a lovely ball to Son from the left-wing.

The Englishman’s 2nd was a more central ball, which split open the Southampton defence.

Kane’s 3rd assist then came from the halfway line, before the striker produced an almost Kevin De Bruyne-esque 4th delivery from the right of the pitch to cap off an afternoon of stellar creative work.

Obviously, this is not to say that Kane is anywhere near KDB’s level with it comes to creating chances.

But his haul of assists did showcase the wide range of passing ability Kane possesses. It is also worth noting that he currently has the joint-most shot-creating actions of any Tottenham player in the league this term (7).

Son, meanwhile, has the same tally. However, six of Kane’s shot-creating actions have come from live-ball passes, compared to just four from the South Korean.

And though this is only a small sample size to work from, it does suggest that Kane could well prove to be Spurs’ most creative asset this season,.

This, of course, is something that Mourinho should aim to take advantage of, potentially by asking the Englishman to play from a deeper position on occasion.

Watching Kane in the sort of 9/10 hybrid role we saw during the second-half of the Southampton game is not something which Tottenham fans have been treated to often during the 27-year-old’s stint in north London.

However, Kane has taken up a similar role for Gareth Southgate’s England side in the past, and should have no issues doing it on a more regular basis for Spurs.

In England’s 6-0 drubbing of Bulgaria last year, for example, the hitman lined out in a deeper position, which eventually saw him provide three assists and a pre-assist:

So, why could we not see Kane now take up such a role on a more consistent basis for Tottenham?

With Dele Alli somewhat on the fringes, Mourinho appears to be leaning towards a three-man midfield, which would be made up of players like Hojbjerg, Ndombele, Lo Celso, Sissoko and Winks – all of whom operate better in deeper roles.

Such a midfield would allow Kane to drop into a sort of false-nine role, as he did vs Southampton.

This, in theory, should draw out deep-lying opposition defences, as central defenders will be eager to close down the always dangerous Kane.

In turn, with his superb passing range, the Englishman should be able to slot through the likes of Son and Gareth Bale – both of whom are more than capable of playing slightly narrower, and running at defences.

Obviously, it is unlikely that other defences will prove as open as Southampton’s last weekend. But the sheer quality of Son and Bale, combined with Kane’s ability to link up play from deep, should make the Lilywhites a much more dangerous attacking force moving forward. 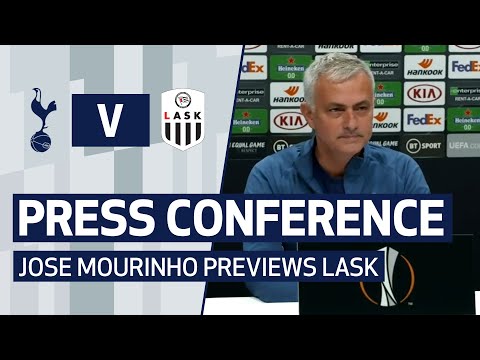