Brighton and Leicester City would face off in a Premier League clash on Sunday afternoon.

The Seagulls headed into the tie on the back of a solid start to the 2021/22 campaign, which had seen them win three and lose one of their opening four league outings.

As a result, the Seagulls were aware that a victory against Leicester would have seen them move into the top-four, above Manchester City and Chelsea, for the time being.

Leicester, on the other hand, have had a fairly mixed start to the season so far. Before Sunday, the Foxes had won two and lost two in the Premier League.

And, when all was said and done at the Amex, the visitors were dealt another defeat.

Neal Maupay would fire Brighton into the lead from the penalty spot, and that is how the first 45 finished. Danny Welbeck then doubled the home side’s lead five minutes into the second half and, though Jamie Vardy pulled one back after 61 minutes, Brighton were able to hold out for the win.

Despite picking up another 3-point haul against the Foxes, Brighton did appear to be dealt a blow inside the first half on Sunday.

Bissouma, left sock rolled down, still not moving freely. The injury came in a challenge with Soumare. #BHAFC #BHALEI https://t.co/dpTiEAuDSi

The African was not initially taken off, but was forced to remain on the pitch at half-time to receive treatment for the injury:

HT: 1-0, Maupay’s penalty gives Brighton the advantage. #BHAFC #BHALEI
Bissouma was on the pitch inside the Brighton box receiving treatment as the rest of the players go off.
The end of his afternoon, surely, which is a blow. Hopefully only short-term https://t.co/kH2TVaYMWE

Then, when the teams emerged for the second half, Bissouma was kept on by Graham Potter. From here, the midfielder went on to make it to the 79th minute, before being taken off, and was then seen with an ice pack on his left knee post-match:

Bissouma, ice pack on his left knee, joins the celebrations on the pitch.
Big result, first ever Premier League win over Leicester at the ninth attempt. #BHAFC #BHALEI

In turn, Graham Potter has since provided an update on his star man. When drawn on the decision to send Bissouma back out for the second-half, the Brighton boss stated:

“He was desperate to play, the medical department were ok with it. He extended his knee a little bit.

“As the game starts to go on, the fatigue might be a problem, but he was desperate to go out. It was a decision for the medical department.” 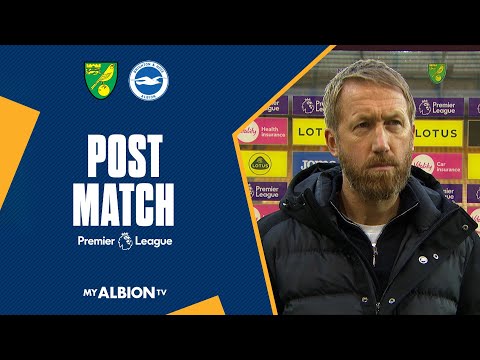 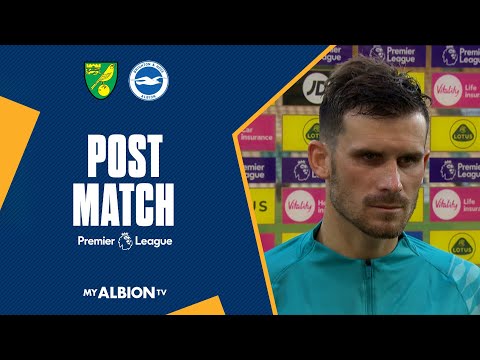