Arsenal have this evening posted footage online which will no doubt pique the interest of the club’s fans, featuring young defender William Saliba training alongside Mikel Arteta’s first-team squad.

On the back of months of rampant speculation, highly-regarded French stopper Saliba’s move to north London was finally made official last July.

Just hours after the announcement of Dani Ceballos’ arrival on loan from Real Madrid, Arsenal’s deal for Saliba was also confirmed across the club’s social media platforms.

The now-19-year-old was immediately sent back to Saint-Etienne on loan for the season, though, to build further first-team experience, ahead of returning to Arsenal this summer.

William will spend a season back on loan at @ASSEofficiel before joining our squad next summer.

Arsenal’s fans, meanwhile, have since made their excitement clear regarding the potential impact of their young stopper on the club’s backline.

The Gunners’ defence has long stood as an area of weakness, with the capital giants having been crying out for a genuine talent of Saliba’s ilk to lead them into a new era.

GDYNIA, POLAND – MAY 31: William Saliba of France reacts as he is substituted with an injury during the 2019 FIFA U-20 World Cup group E match between Mali and France at Gdynia Stadium on May 31, 2019 in Gdynia, Poland. (Photo by Kevin C. Cox – FIFA/FIFA via Getty Images)

And, as outlined above, while he may not be eligible to actually take to the pitch in the club’s colours as of yet, Arsenal’s fans have nevertheless today been granted the first chance to watch Saliba in action alongside his new teammates.

In footage posted to the north Londoners’ Youtube channel, Saliba is showcased in first-team training with Mikel Arteta’s squad.

The Frenchman can be seen taking part in both drills and match action, as showcased below:

A series of images of Arsenal’s rising star can also be seen here:

Want to see more images of William Saliba in action?

📸 Check out our gallery of training photos 👇 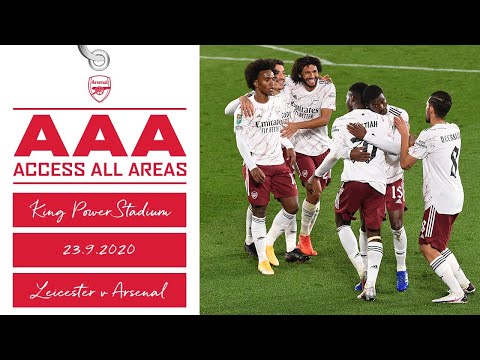