Arsenal earned a point from a situation which looked almost immediately a repeat of the prior weeks. The Gunners went into the game with the prospect of losing five home games in a row. Southampton had very different intentions. A win would have taken them to top of the Premier League for however brief a time and is a credit to their fantastic start to the season.

Whether the point is a cornerstone for change at Arsenal will be answered at Everton but there were signs of improvement however fine.

The early indications of the match suggested little had changed despite the changes in personnel. Arsenal were certainly not a dominant force nor a creator of many chances and Southampton were becoming more so the protagonists of the match.

And with the possession came the opener. Arsenal’s defence was cut apart by a coupe of quick Saints passes and Theo Walcott’s pace allowed him to open up a one-vs-one opportunity which the former Gunner chipped over a helpless Bernd Leno. The goal nailed home the very clear inferiority complex which Arsenal have festering throughout the squad.

By the midway point of the first half, Saints had almost double the amount of completed passes as Arsenal. The dominance of the away side was clear and despite a couple of long-range efforts from Nicolas Pepe and Ceballos, Arsenal looked devoid of ideas.

The camera for a moment panned across to the technical director Edu who could be seen in the stands gesticulating furiously with his arms. If there ever was an image to show that the strong words of support may in fact be purely to hide the frustrations behind the scenes, that was it.

Arsenal had a penalty claim turned down as Dani Ceballos turned and appeared to be clipped in the box but a swift VAR check deemed the Spaniard had gone down too easily. But Arsenal took some confidence from their more frequent journeying into the Saint’s defensive third and Saka fizzed a cross into the box which deflected out for a corner.

The corner though, again emblematic of the current state of the club, was taken short and came to very little but the intent was certainly growing. Ceballos set up a chance for Pepe which the Ivorian caught well but unfortunately straight into the grateful arms of Alex McCarthy.

Further evidence of the frustration infecting the Gunners squad was shown when Ceballos was booked for punching the ball away although straight to the Saints player taking a free kick. Harsh, but still the seemingly growing anger within players leading to cards of both varieties commonplace for Arsenal this season.

Arsenal opened the early stages of the second period with a attack and Saka’s pass into the box, again, was inaccurate. The Gunners seem to be lacking the clinical edge with box finishing and chance creation. An attribute which comes with confidence and a level of understanding between the players which does not show at present.

But the goal which has evaded Arsenal for so long finally came. Bukayo Saka picked up the ball on the left and held off the challenge of three players to lay a ball inside. the ball was akin to the early chance and lacking accuracy but Nketiah this time was on hand to dart in and lay the loose ball off to Aubameyang who finessed a typical shot round McCarthy.

AUBAMEYANG GETS HIS GOAL!

The celebration from Arteta was from a man who knew the weight of the need to score. The goal brought an instant feeling of renewed faith and a couple of slick passes began to flow. Aubameyang, found down the left, tried to find a teammate in the box but no red shirt was to be found.

Saka, who looked to carry the weight of the club with his run for the goal, had a tame right-footed shot parried for a corner in the 60th minute which brought about another shot on target. But then the game changed again.

Gabriel, who had been off the pace and largely at fault for the first goal, tugged down Walcott who was clear for a run on goal. Having picked up a yellow card for kicking the ball away earlier on, the Brazilian was given his marching orders. Eddie Nketiah was sacrificed for David Luiz as Arteta attempted to hold the line.

Another RED CARD for @Arsenal 😳

The Gunners are down to 10 men after Gabriel is shown a second yellow…#PLonPrime #ARSSOU pic.twitter.com/ll6Q2UKBA8

Saints coach Ralph Hasenhuttl responded with two offensive changes. Walcott was replaced Nathan Redmond and Armstrong came off for Djenepo. Joe Willock came in for an infuriated Ceballos, not amused with the change whatsoever.

But the pressure of the extra man appeared to be taking effect and Nathan Redmond smashed an effort against Leno’s crossbar. The added emphasis on the need for Arsenal to get something was providing additional nervousness and the Gunners continually looked desperate to just get the ball away from their box when possible.

The Arsenal nerves reached near breaking point in the 89th as Rob Holding bundled into Djenepo in the box. The wait for VAR to check the offence was however short and Stockley Park deemed the offence not severe enough to award the penalty.

Then the man who almost lost it for Arsenal, equally nearly won it. The former Bolton defender headed a curling free-kick straight into the Saints’ crossbar. How’s your luck?

The point moves Arsenal closer to Newcastle in 14th but nowhere regarding position. Meanwhile Southampton move into 3rd position after Leicester were beaten by the Toffees. 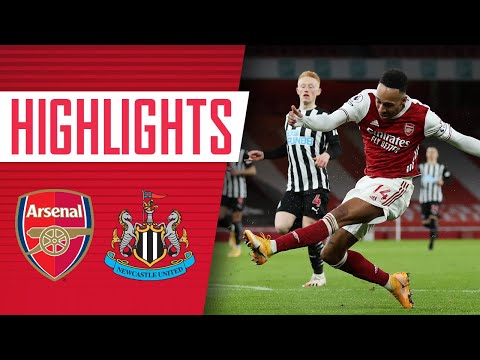 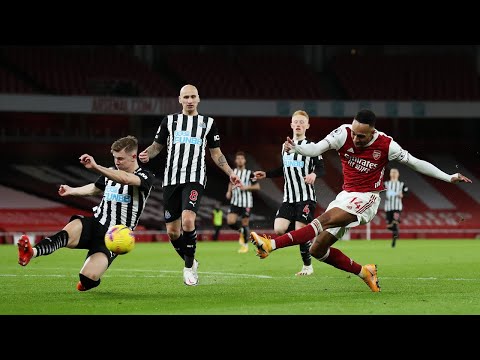