Liverpool and West Ham would go head-to-head at the London Stadium a short time ago.

The Reds headed into the game looking to continue their unbeaten start to the campaign in all competitions.

They were also aware that, after Chelsea dropped points on Saturday, they could close the gap on the league leaders with a win against the Hammers.

But when all was said and done in London, the Merseysiders actually fell to a shock defeat.

West Ham took the lead after just over three minutes when Alisson failed to clear or catch the ball from a corner.

Liverpool were able to hit back shortly before the break, though, went Trent Alexander-Arnold bent a superb free-kick past Lukasz Fabianski.

Trent Alexander-Arnold scores a brilliant free-kick to equalise for Liverpool against West Ham!

West Ham then hit back 66 minutes in, with a fine counter attack that was finished by Pablo Fornals.

And the Londoners killed the game off less than 10 minutes later by scoring from another corner. Divock Origi did come off the bench to pull one back, but it was too little, too late, as West Ham handed Liverpool their very first loss of the season.

Here are four things 101 learned from the match.

West Ham may not, on paper, have the most star-studded squad. However, they are a very well-coached side and this allows them to continually challenge for European places under their current boss.

One of the biggest improvements which David Moyes has overseen with the Hammers since he returned for a second stint in the dugout has been set-pieces.

The Londoners once again found the net by way of a set-piece on Sunday, giving rise to a hugely impressive statistic:

31 – Since David Moyes’ first game back in charge of West Ham in January 2020, they have scored 31 Premier League goals from set-piece situations (excl. pens), five more than any other side. Weapon. #WHULIV

This tally has actually since been taken to 32, as Kurt Zouma went on to score from a corner 15 minutes from time.

Andy Robertson has been one of the best left-backs in the world over the last couple of years, and has been instrumental in Liverpool’s success.

However, the Scotsman has endured something of a rough patch of late, which saw some fans question if he should be dropped following the Reds’ draw with Brighton last weekend.

And Jurgen Klopp would indeed bench Robertson in midweek, when Liverpool faced off with Atletico Madrid.

However, he was back in the starting line-up on Sunday. And despite his rest in midweek, Robertson again looked some way off the pace.

The full-back was particularly poor going forward, even managing to completely miskick an attempted cross during the first-half.

But whilst Robertson had something of a subpar showing against West Ham, his full-back counterpart on the right experienced quite the opposite.

As already mentioned, Alexander-Arnold scored a superb goal to level things up during the first 45.

And now, despite only turning 23 last month, it has been revealed that TAA has 45 direct goal involvements to his name for Liverpool, the joint-most of any defender in the club’s history.

45 – Trent Alexander-Arnold’s goal was his 45th Premier League goal involvement for Liverpool (nine goals, 36 assists), the joint-most by any defender for the club in the competition, level with John Arne Riise (21 goals, 24 assists). Pinpoint. #WHULIV https://t.co/K80DX6t49i

Alexander-Arnold also enjoyed a fairly impressive defensive display against the Hammers, putting in some crucial tackles.

Alisson had a nightmare

It is fair to say that Alisson was nowhere near his best across the 90 minutes on Sunday.

The Brazilian’s attempt to come for the ball for the Hammers’ first goal was very, very weak.

Then, though it was not his fault that Liverpool gave the ball away too easily for West Ham’s second, the goalkeeper should have done much better when attempting to stop Fornals’ strike.

“I don’t know why in these situations Liverpool don’t run back!”

Alisson also did not cover himself in glory for Zouma’s late 3rd, either. An evening to forget for the Brazilian international, and Liverpool as a whole. 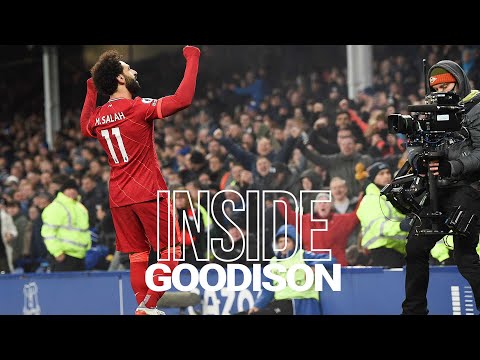