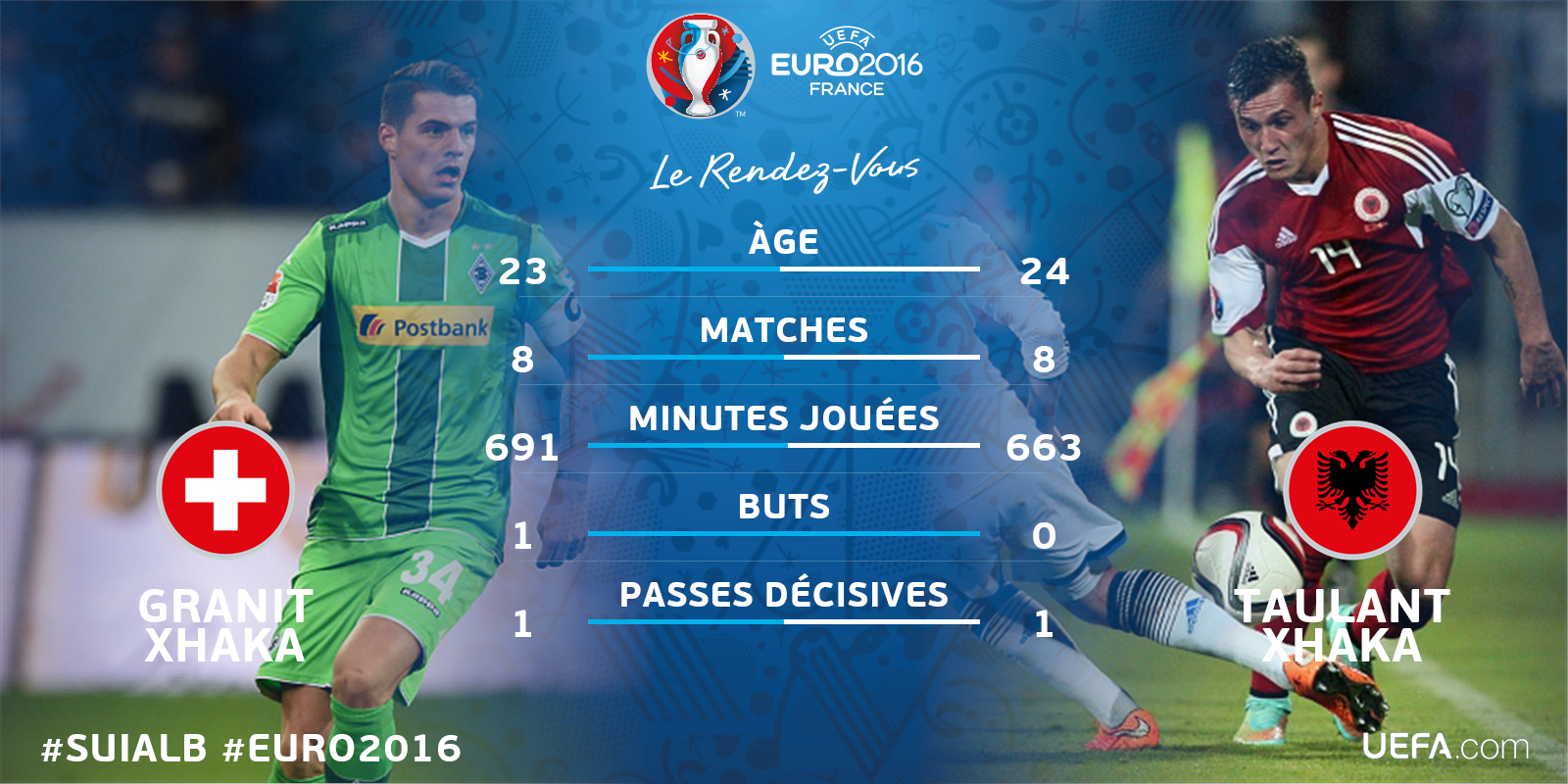 Having never participated in a major tournament before, Euro 2016 will be Albania’s first appearance at a European Championship. The side ranked 42nd in the world kick off their campaign against Switzerland on Saturday at the Stade Bollaert-Delelis in Lens.

Albania qualified for the tournament by finishing as runners-up in their qualifying group, ahead of Denmark and Serbia, conceding just five goals in their eight matches.

In their two warm-up matches, Albania defeated Qatar 3-1 before losing by the same scoreline to Ukraine on June 3 to conclude their preparations. Although recent results have been far from convincing, Switzerland shouldn’t underestimate Gianni De Biasi’s side, who defeated Portugal during qualification.

Former Sunderland defender Lorik Cana will captain the side, and is expected to be partnered by Mergrim Mavraj at centre-back.

Saturday’s opponents Switzerland also qualified as runners-up in their qualifying group, second only to England. Stoke City’s Xherdan Shaqiri top scored for the side, netting 4 goals.

Switzerland prepared for their opener with a 2-1 defeat to Belgium before a beating Moldova 2-1.

Juventus defender Stephan Lichtsteiner captains the side, which includes Wolfsburg left-back Ricardo Rodriguez, the chief set-piece take of the side. Touted as one of Europe’s hottest prospects, 19-year-old Basel forward Breel Embolo will be one to look out for.

Arsenal new-boy Granit Xhaka will start in central midfield, but he won’t be the only Xhaka on the field. Granit’s older brother Taulant plays for Albania, despite being born in Basel. It will be the first time in European Championship history that two brothers have lined up against each other.

Given Switzerland’s experience on the big stage, it’s hard to look past a win for Vladimir Petkovic’s side, who are ranked 27 places above Albania in the FIFA World Rankings.