The Crystal Palace faithful have flocked to social media this afternoon, to call for one player to be permanently benched on the back of Michael Olise’s game-changing cameo off the bench.

Patrick Vieira’s men were back in action a short time ago.

After seeing a much-needed three points slip through their fingers at the death versus Brighton earlier in the week, the Eagles welcomed Leicester City to Selhurst Park, eyeing a return to winning ways.

Upon the 2nd-half getting underway in the capital, though, Palace faced an altogether uphill task.

Strikes on the part of both Kelechi Iheanacho and Jamie Vardy over the course of the opening 45 minutes saw the hosts look well on their way to a 3rd defeat of the campaign:

Highly-regarded summer arrival Olise had managed less than 15 minutes of action for Palace before today, having been forced to sit out the early weeks of his Eagles stint with a back injury.

On Sunday, though, the 19-year-old was finally afforded a genuine chance to impress.

And it proved one which he went on to grab with both hands.

After being introduced to the fray early in the 2nd-half, Olise took just eight minutes to make an impact, slotting home in superb fashion after seeing his initial effort blocked in the Leicester box:

Michael Olise gets his first goal for Crystal Palace and puts them back in the game!

And their new midfield star’s maiden strike quickly galvanized the Palace troops, culminating in a deserved equaliser courtesy of Jeffrey Schlupp inside the closing 20 minutes.

This, in turn, is how things ended at Selhurst, as Patrick Vieira and co. no doubt prepare to celebrate a point gained, rather than two dropped.

On the back of the final whistle this afternoon, meanwhile, the Palace faithful, inevitably, have been in fine voice across social media.

The vast majority of the post-game reaction across Twitter, however, has not surrounded the eventual result.

Instead, supporters have focused their attentions on Olise’s impact off the bench, and what it is widely agreed should follow for another Eagles attacker as a result.

The player in question? Jordan Ayew.

Hitman Ayew was handed his latest start on the right flank versus Leicester, but toiled in his efforts to both create and find the target, to the visible frustration of the likes of Wilfried Zaha and Odsonne Edouard:

Edouard and Zaha visibly frustrated with Jordan Ayew after a shot from this angle.. pic.twitter.com/2wop20BxhE

In turn, with the up-and-coming Olise now viewed as ready to contribute on a weekly basis, Patrick Vieira has been urged to drop Ayew from his plans with immediate effect:

Olise is a player. Ayew can’t start another game for Palace

Jordan Ayew is not good enough to be starting for Crystal Palace Football Club. Facts pic.twitter.com/LiUt0B3vm6

Amazing what happens when you take Ayew off #CRYLEI #cpfc

And let us never speak of the Ayew era again. Olise. Eze. Up The Palace.

Olise has given us such better balance going forward. Ayew has to be dropped

And once Eze is back Palace have some team 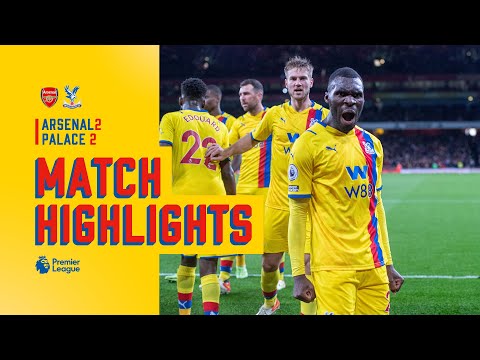 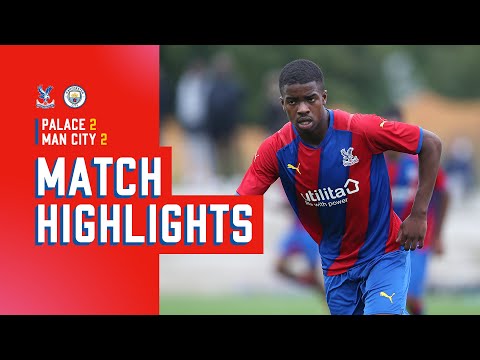